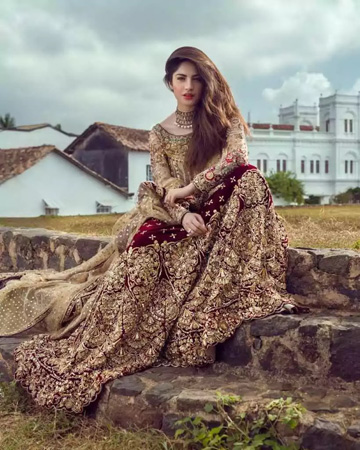 Lollywood diva Neelam Muneer is a talent powerhouse who has wooed the audience with her charismatic performances in the entertainment industry.

An actor par excellence, the Wrong No star’s craft has won appreciation beyond borders. The 30-year-old superstar has fans hooked but her massive fan following is equally curious about her marriage plans.

This time around, the Cheekh star finally disclosed her wedding plans on the popular talk show The Big Pick. She spilled the beans about everything including love, relationship status and the qualities she seeks in her life partner.

“In real life such intense love isn’t possible, people are too busy in their lives. Talking about her statement on marriage, she said, “I clarified it because of this ring which I wear, after seeing this ring many people speculated about my engagement, I wear the ring frequently either in my left hand or my right hand, because of the ring, people thought that I was engaged and not telling about it, why would I do that but then everyone started questioning and that’s why I thought that I should clarify it to my fans that I am single, however, my family, especially my cousins are eager to know about my partner too.”

“I would like to have a partner who would believe in charity and he must be kind-hearted person, he used to think good about his country, he should be having fear of Allah”.

The Qayamat actor’s fame skyrocketed when her massive fan following was introduced to her amazing dancing skills and successful acting endeavours.

On the work front, Neelam Muneer and Ahsan Khan graced the big screen with their mystery thriller film Chakkar.