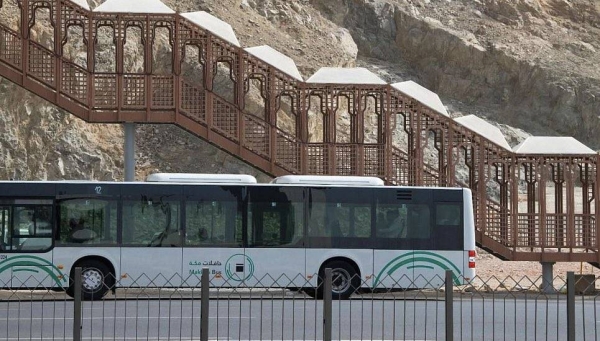 The center said six routes (routes 12, 9, 8, 7, 6, 5) will continue to operate in the city, in addition to the transfer of pilgrims from outside Makkah, whose vehicles are not allowed to enter the holy sites. Additionally, five stops designated for transporting pilgrims have also been identified, which are: Sharaya and Al Hada parkings, which will be heading to Shaeb0Aamir bus station; and Al Takhassusi, Al Nawariya, and Al Laith parkings, which will be heading to Jabal Al-Kaaba station, Saudi Gazette reported .

The Unified Center said the buses are characterized by a hydraulic system, which contributes to facilitating the process of boarding for persons with disabilities and the elderly. The buses are also equipped with several safeguards that protect passengers, including fire systems, protection systems, first-aid, surveillance cameras, and collision avoidance systems, as well as e-information screens.