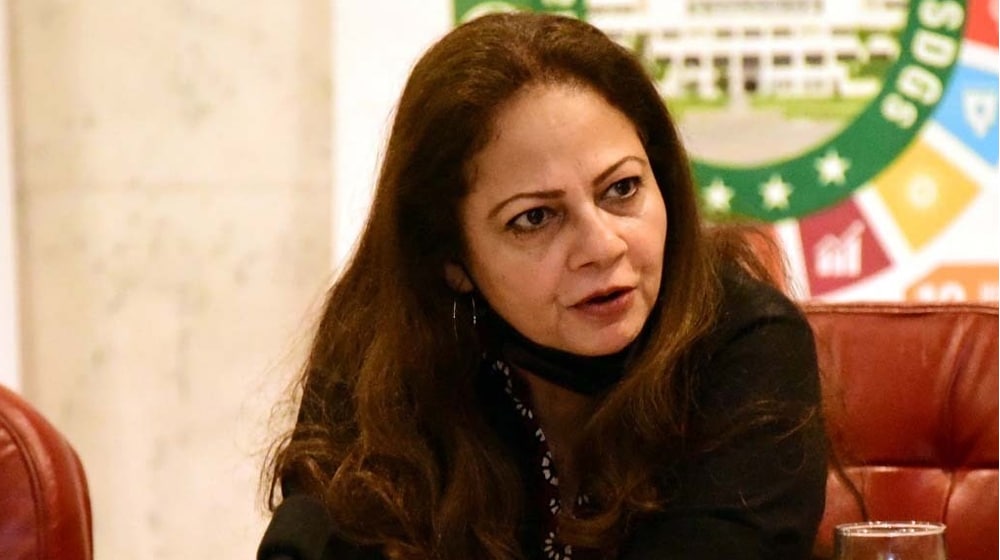 ISLAMABAD: Minister of State for Finance and Revenue Dr. Aisha Ghaus said on Thursday the present government despite various challenges was trying to put the economy on right track by taking necessary decisions.

Talking to a private news channel, she said that due to imprudent economic policies of previous government, the country was facing current economic crisis.

Aisha Ghaus criticized that previous PTI-led government has done many economic blunders, however,  present government was busy talking to IMF teams to ensure macroeconomic stability for the benefit of all of Pakistan’s citizens.

She expressed her confidence that International Monetary Fund (IMF) and other international institutes including Asian Development Bank (ADB), the World Bank (WB), Chinese infrastructure bank are ready to give loans to Pakistan, adding, after these development Pakistan’s rupee would stable.

She said that public in next general elections should hold previous government accountable for its mismanagement and current economic crises.