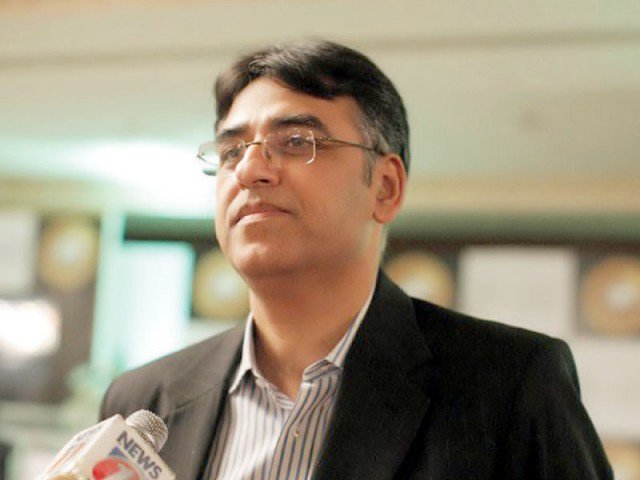 LAHORE: Former Planning Minister Asad Umar has admitted that the head of Pakistan’s premier intelligence agency, the ISI, told the National Security Committee (NSC) that the then-PTI government was not the target of a conspiracy.

The PTI Secretary-General stated on a television show on Wednesday that the DG ISI did not produce any document in the meeting to support his stance, and that it was all verbal.

Following the NSC meeting on March 31, chaired by then-prime minister Imran Khan and attended by federal ministers and top military officials, the committee decided to issue a strong demarche to the country in question — later revealed to be the United States — and made no mention of a conspiracy. It did, however, mention “blatant interference” in a country’s internal affairs.

Former Prime Minister Khan has maintained that his removal via a vote of no-confidence was a “regime change conspiracy” because of his “independent foreign policy.”

Later press conferences by DG ISPR Major General Babar Iftikhar clarified that the word “conspiracy” was not used in the March 31 NSC statement.

The NSC meeting in question occurred after the then-prime minister waved a “threat letter” in a political rally, which he later claimed contained details of an exchange between a State Department official, later claimed to be Donald Lu, and the then-Pakistani ambassador, Asad Majeed Khan, regarding the vote of no-confidence.

Asad Umar responded to a question about the ISPR chief’s presser denying a conspiracy on a TV show yesterday, saying the army spokesman had only said the JCSC and all service chiefs were present in the meeting, but he did not say what their opinion was.

He stated that there was no document other than the cypher presented during the meeting. Asad Umar also stated that the DG ISPR never claimed that all of the service chiefs saw no conspiracy.