Rupee quickly recovers against dollar after news of $2.3bn loan agreement with China

According to forex traders, the US dollar is presently trading at Rs207.50. 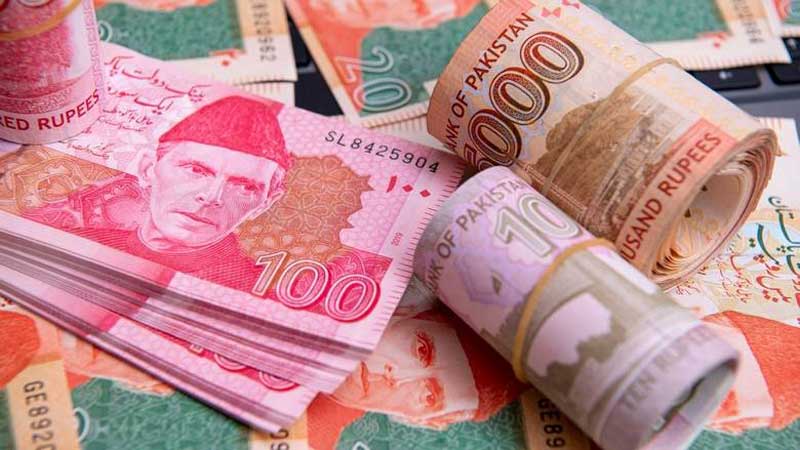 The Pakistani rupee tore the US dollar on Thursday, scoring a big gain of more than four rupees, with news of the renewal of the IMF loan programme and the gain of billions of dollars from China next week.

The Pakistani government inked an RMB 15 billion ($2.3 billion) loan facility agreement with a Chinese consortium of banks on Wednesday, which was intended to help the country’s depleting foreign exchange reserves and stop the local currency’s depreciation.

As intrabank trade began on Thursday, the Pakistani rupee surged against the dollar, outperforming the greenback by Rs4.43.

According to forex traders, the US dollar is presently trading at Rs207.50.

The dollar closed the day at Rs211.93 on Wednesday.

Finance Minister Miftah Ismail announced the news on Twitter, stating that the inflows are expected within a few days. “We applaud the Chinese government for making this deal possible,” he said.

The Chinese consortium of banks has today signed the RMB 15 billion (~$2.3 billion) loan facility agreement after it was signed by the Pakistani side yesterday. Inflow is expected within a couple of days. We thank the Chinese government for facilitating this transaction.

Pakistan is expected to get the money within a few days. Pakistan is currently suffering a significant problem of dwindling foreign reserves, with the US dollar regularly pounding the Pakistani rupee, which reached a historic high of Rs212 on Wednesday.

Pakistan is feverishly attempting to secure an IMF loan, but it appears that the agreement is still a few weeks away.

Esther Perez Ruiz, the IMF’s Resident Representative in Pakistan, stated that discussions between the International Monetary Fund (IMF) and Pakistan are ongoing, with significant progress achieved on the budget for the next year.