* Zoya Nasir, who forayed into the drama world with 'Hania,' went on to work on stellar dramas 'Mere Apne' and 'Mere Humsafar' 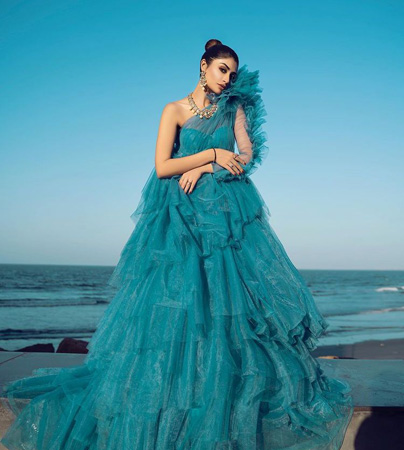 Actor Zoya Nasir shared pictures from her photoshoot and they are going viral across social media platforms. The pictures on the visual-sharing social media application Instagram see the actor, who was engaged with social media influencer Christian Betzmann, posing for the viral pictures in different styles. Each of them got thousands of likes from its users.

Zoya Nasir, who forayed into the drama world with ARY Digital’s Hania, went on to work on stellar dramas Mere Apne and Mere Humsafar.

The actor has millions of Instagram. She takes to the visual-sharing social media platform to share clicks and clips of projects BTS.

It is pertinent to mention that Zoya Nasir called the engagement off last year due to the latter’s statements over Pakistan’s condemnation of Israeli atrocities in Palestine.

He caused an uproar by criticiSing those Pakistanis who are raising their voice for Palestine and said, “Stop feeling guilty for others when you’re littering your own country, not helping your own people and community.”

In a statement, she stated she decided because of his sudden change in stance towards her culture, her country, her people and her insensitivity.

Zoya Nasir added that she feels certain religious and social boundaries can’t be crossed no matter what, so she decided to part ways with Christian.

She is playing a pivotal character in ARY Digital’s Mere Humsafar alongside Hania Aamir and Farhan Saeed.