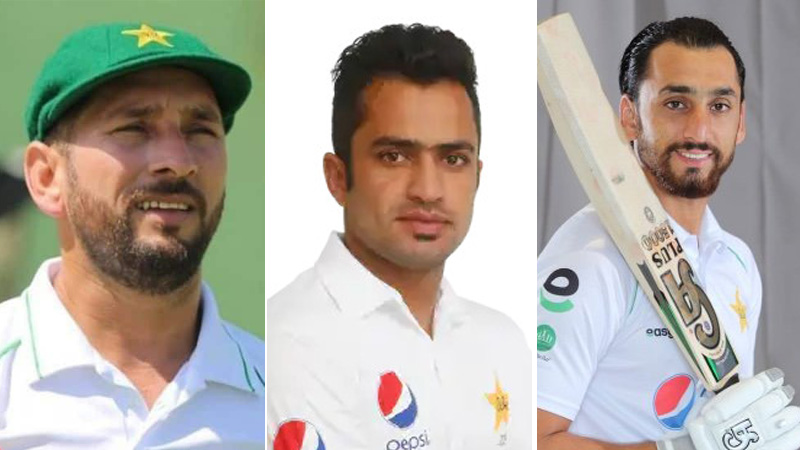 LAHORE: Pakistan cricket selectors, headed by former Test batsman Mohammad Wasim, on Wednesday included leg spinner Yasir Shah and spin all-rounders Mohammad Nawaz and uncapped Salman Ali Agha in an 18-member national squad named for next month’s two-match Test series against Sri Lanka in Sri Lanka. Left-arm slow bowler Nauman Ali and wicketkeeper Sarfaraz Ahmed are also in the outfit, which will be led by Babar Azam. But opener Abid Ali has not been selected despite recovering from a heart problem. Pakistan will play their first Test against the hosts at Galle from July 16, while the second Test will start in Colombo on July 24. Before the formal start of the series, the visitors will play a three-day warm-up match from July 11.

Yasir’s career was put on hold by nagging injuries since last year. The 36-year-old played the last of his 46 Tests 11 months ago in the West Indies but has not been selected since over lack of fitness, missing a series in Bangladesh and another at home against Australia. Yasir started his career in 2014, becoming the quickest to 200 Test wickets after 33 matches four years later, while anchoring Pakistan’s spin attack. He now has 235 wickets in 46 Tests. Yasir was instrumental in Pakistan’s 2-1 victory over Sri Lanka on their last tour of the island in 2015, grabbing 24 wickets at 19.33. Chief selector Wasim said Yasir’s inclusion would improve the team’s spin attack. “Our spin department is boosted with the return of Yasir, who proved himself as a match-winner,” said Wasim. “We have selected this squad considering the conditions in Sri Lanka and have equipped the team with the best possible resources.” He said while announcing the Test squad.

Hasan Ali retains his place in the side after an indifferent recent spell of form, though most of that dip has come in the white-ball format; he was named Pakistan’s Test player of the year in 2021. In the recent series against Australia, he played two matches, taking two wickets at 96 apiece. Shan Masood, too, keeps his place as reserve opener; the all-rounder memorably scored his first Test hundred in a historic fourth innings chase that won Pakistan the series-deciding rubber on Pakistan’s last tour to Sri Lanka.

Regarding Salman Agha, who has scored 4224 runs and taken 88 wickets in the first-class circuit, Wasim said: “Salman Agha has shown consistent performances with the bat in the past three seasons and he is a handy off-spin option.” Wasim said Pakistan had recently put strong performances in Bangladesh and although results against Australia were not ideal buy they displayed solid cricket and for that reason the selectors had retained the core to instill consistency and continuity. “These two matches are extremely crucial for our side as we have World Test Championship points at stake. I wish our boys all the best and I am sure they will make us proud,” Wasim added.

The national side will reach Islamabad on June 25 to finalise their preparations for the Test series at the Pindi Cricket Stadium with a seven-day camp that stretches from June 26 to July 2 July before departing for Sri Lanka on July 6. Pakistan are currently in the fifth spot on the ICC points table. The national side are looking to improve their position on the table in the upcoming series of the current ICC World Test Championship cycle, which stretches from July 2021 to June 2023. Pakistan have played three series in the current cycle with victories in three Tests and two ending in a draw. In the upcoming 2022-23, Pakistan are set to host England and New Zealand for three and two Tests in a bumper home international season.