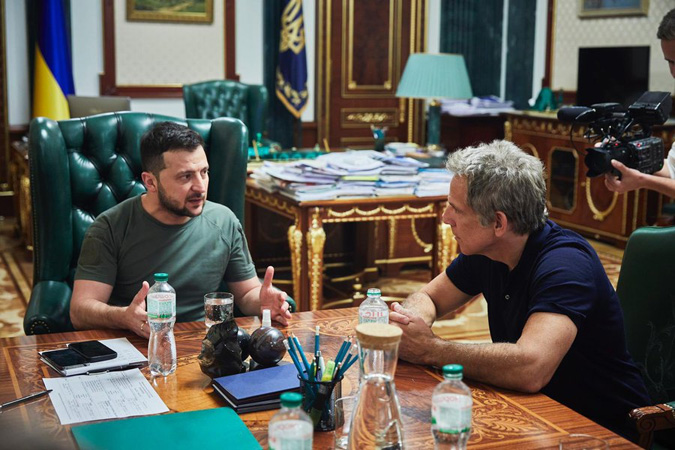 Hollywood star Ben Stiller met Volodymyr Zelensky in Kyiv on Monday, hailing the comedian-turned-president as “my hero” for rallying the world’s support for Ukraine in the face of Russia’s invasion. “It’s a great honour for me.. you’re my hero!” said Stiller, a UN goodwill ambassador who met the Ukrainian leader on World Refugee Day. “What you’ve done, the way that you’ve rallied the country, the world, it’s really inspiring,” said the 56-year-old American comedian referring to Zelensky’s countless speeches to audiences around the world to rally support for his embattled country. Footage of their meeting was released by Zelensky’s office. Earlier on Monday, Stiller visited the Kyiv suburb of Irpin, the scene of fierce battles early on in the invasion and the closest Moscow’s army got to the capital since it sent troops into Ukraine in February. Speaking in English, Zelensky thanked Stiller for coming and told him it was “very important” for him to keep reminding people what was going on in Ukraine.