Above normal monsoon rainfall may raise flood risk in Pakistan 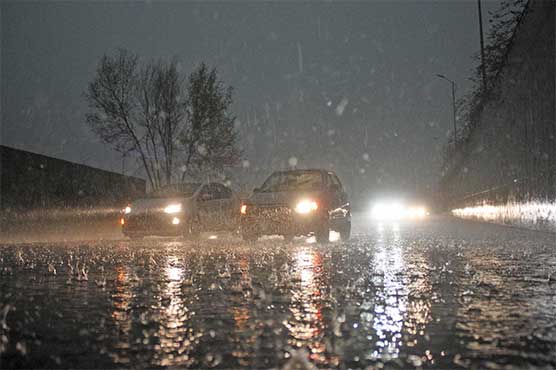 ISLAMABAD: The above normal monsoon rainfall in the country has increased risks of flooding, landslides and urban floods in mega urban centers and vulnerable districts leaving public life, property and livestock at risk during inclement weather.

The National and Provincial Disaster Management Authorities (NDMA & PDMAs) following the Pakistan Meteorological Department (PMD) weather alerts of torrential rains have issued directives to the departments concerned to scale up mitigation and disaster management activities to cope with the impending risk of flooding and landslides.

He added that the above normal rainfalls were dangerous which might create massive water volume in a very short time and cause urban flooding.

Dr Khalid said there was no concept of ‘superflood’ scientifically as quoted by some quarters in the media while referring to the 2010 heavy floods. “There is no such scientific term rather massive flood is the appropriate terminology.”

The Met Office Director further explained that above normals could not be linked to massive floods technically, however, if heavy showers of rain start at a fast pace could cause flood.

Dr Malik explained that the scattered showers with intervals did not garner much water in the catchment area which could not cause any flood.

The PDMA Punjab has warned the masses to take precautionary measures during monsoon season as the province received 57% more rainfall than average and the trend would continue in the coming days.

The PDMA also shared the weather advisory of Regional Met Centre predicting heavy rainfall from June 20 to 23 that might cause landsliding and flash flooding in vulnerable areas of Kashmir and Punjab. It also underlined the risk of urban flooding in major cities particularly Rawalpindi, Sargodha, Gujranwala, Sialkot, Lahore, Faisalabad, Sahiwal, Multan and Dera Ghazi Khan.

The district administrations of the above mentioned urban centres were directed to ensure desilting and cleanliness of tributaries, nullahs and drains to avoid urban flooding risk by the PDMA.

The National Weather Forecasting Center of PMD recorded maximum rainfall in districts of Punjab including Jhang 98mm, Dera Ghazi Khan 69mm, Bhakkar 63mm, followed by Khyber Pakhtunkhwa, 64mm in Dera Ismail Khan and 35mm in Bajaur, 36mm in Rawalakot of Kashmir and the least rainfall of 20mm in Balochistan’s Zhob district, 5mm in Gupis and Bagrote of Gilgit Baltistan and traces recorded in Karachi, Sindh.

The PDMA Punjab also issued guidelines for public awareness to ensure protection of life and property during the rainy season. It also advised to take protection measures including repairing and cleaning of roof, improving sewerage and drainage systems, properly fix all wiring joints, avoid littering in drains and sewerage systems and also abstain from bathing in drains and rivers during rainy season.

The people should also avoid contact with broken electric wires and also circumvent digging along under construction and old buildings. In case of emergency, the people were advised to call 1129 or contact relevant district emergency operation centre, it said.

The PDMA Khyber Pakhtunkhwa also issued similar guidelines to the masses and advised to take precautionary measures during rainy season to prevent contracting epidemics. The

Authority urged the masses to call 1700 in case of any emergency. The PDMA Balochistan reported life and property damages in nine districts of the province

due to monsoon rains. It recorded seven deaths and reported 20 injured individuals in different incidents occurred during rainy weather whereas a four houses got partially damaged, one road and five bridges got damaged and 366 livestock animals perished during heavy rains. Moreover, over a hundred solar panels, dozens of electric polls and crops also got damaged due to rains.