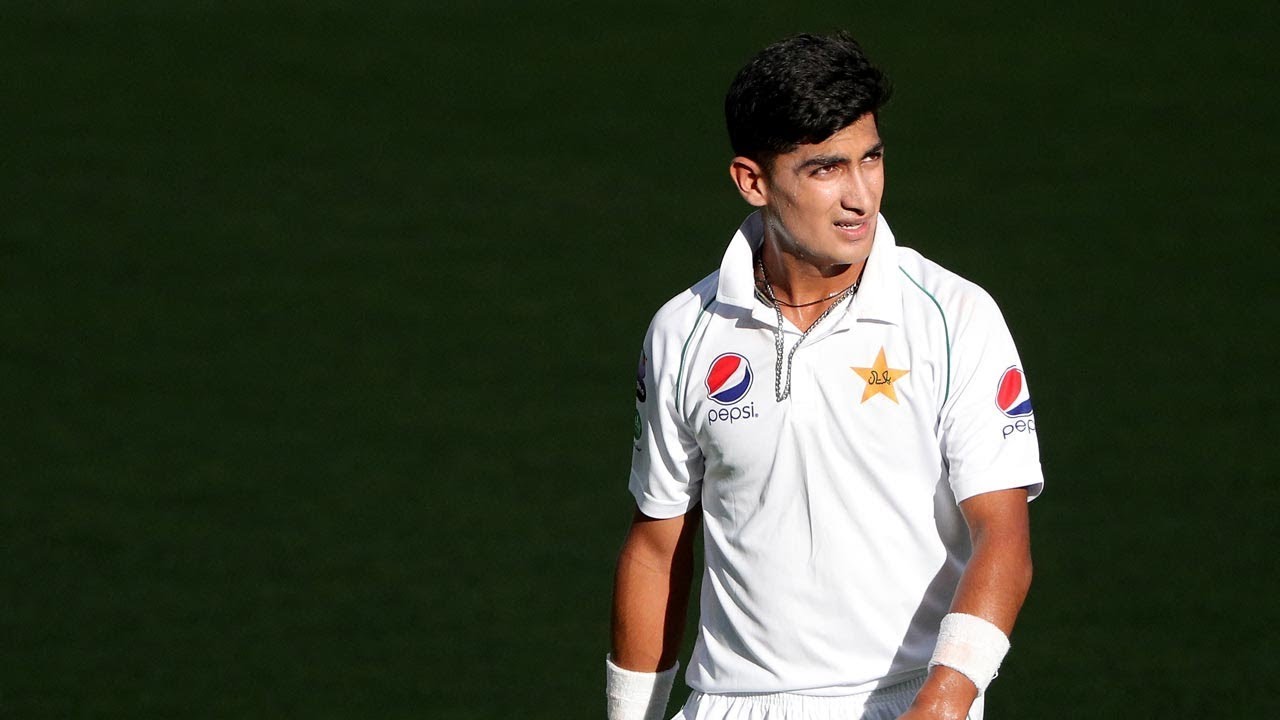 “You get facilities in big cities but in my hometown, there’s no cricket ground. I think these facilities can’t be provided back home, but if there are few, more cricketers will emerge,” cricketpakistan.com.pk quoted him as saying.

Naseem had the opportunity to feature in 2022 County Cricket for Gloucestershire Cricket Club but his appearances in four-day matches were cut short due to stiffness in his shoulder.

However, the 19-year-old played club matches and featured for the club in T20 Blast. He returned to Pakistan due to his father’s illness and may rejoin Glous soon.

Naseem highlighted what he learned while playing for the club: “Our legendary cricketers have also played county cricket and have praised the quality of environment and cricket, my experience has also been the same. This is my first experience and I have learned many things, they are very professional in everything they do,” he said.

Naseem was sidelined after the first game and was replaced by retired Pakistan pacer, Mohammad Amir. Naseem revealed that he was not injured and only had some stiffness problem; therefore, after consultation with management, he decided to put less load on his shoulder.

“My injury was not so problematic. After the Test against Australia, I had stiffness in my shoulder and I discussed it with the management and they said we have many games to play. I started to bowl in the same week. They dealt with me professionally and said that if you would play two to three more games, it may grow stiff again. They told me to train and recover, I played games in T20 Blast and am hopeful to play in four-day games as well.”
Naseem said adding that he mostly bowled above 140+ kph but according to him the pace doesn’t matter if a bowler is not bowling in the right areas.

“In my short career, I have learned that if you even bowl at 160 kph, you will get hit if you won’t bowl at good areas. I feel I am bowling at 145 kph and have variations. My aim has been to bring perfection in my line and length and not only rely on speed,” he added.