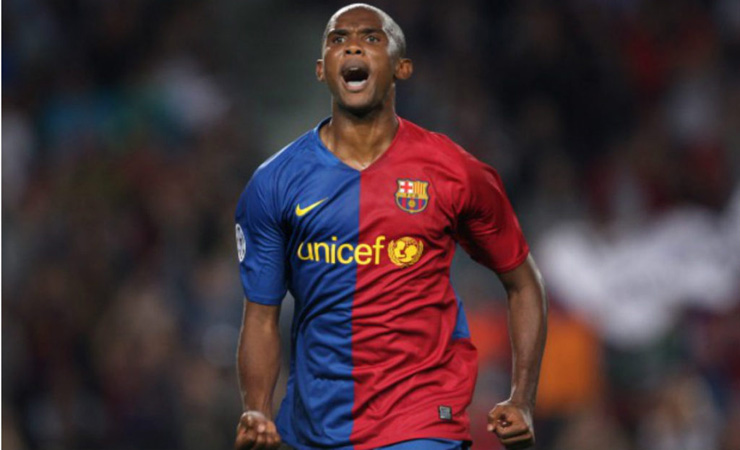 BARCELONA: Former Cameroon football star Samuel Eto’o has struck a deal with Spanish prosecutors to avoid going to jail for tax fraud he committed while playing for Barcelona, a court in the city announced Monday. Eto’o, who played for Barcelona from 2004 to 2009, received a fine and a 22-month suspended sentence but will not serve any time, as is customary in Spain for prison terms of under two years for non-violent crimes. Reports in Spain claim Eto’o, 41, will pay a fine of 1.8 million euros ($1.9 million). The record four-time African footballer of the year and Jose Maria Mesalles — his former representative, who for his part was sentenced to 12 months and a fine — must reimburse Spanish tax authorities for the amount defrauded, around 3.9 million euros. Prosecutors accused Eto’o of failing to declare income from the transfer of image rights between 2006 and 2009. Eto’o, who last year was elected head of the Cameroonian football federation, is one of a number of football stars to have a run-in with Spanish tax authorities, following the likes of Cristiano Ronaldo, Lionel Messi and Neymar.