Dutch captain Pieter announces retirement due to persistent back injury 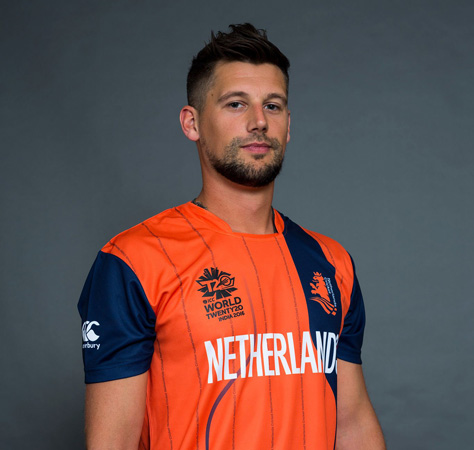 AMSTERDAM: Pieter Seelaar, the Netherlands allrounder who has captained the national side for the last four years, has retired from international cricket with immediate effect due to a persistent back injury. Scott Edwards, the wicketkeeper-batter who has made two half-centuries in the ongoing ODI series against England and captained the side in the second match against England, will take over as captain. “Since 2020, my back problems got worse to such an extent that – much to my regret – I am no longer able to give everything I’ve got,” Seelaar said in a statement. Seelaar was appointed captain in 2018 after Peter Borren’s retirement. His biggest achievement was leading the side to victory in the qualifying tournament for the 2021 T20 World Cup, while he has also captained against several major nations in the ODI Super League. He has struggled with a back injury in recent years which he aggravated in his side’s heavy defeat against England in Friday’s first ODI, missing Sunday’s defeat with Edwards leading the side in his absence. Seelaar finishes his career as Netherlands’ most-capped T20I player, their leading T20I wicket-taker, their second-most-capped ODI player and their joint-highest ODI wicket-taker. He has played over 300 games for them in all formats across a 17-year career, and featured in the Associate nation’s two biggest wins – both against England, at the 2009 and 2014 T20 World Cups.