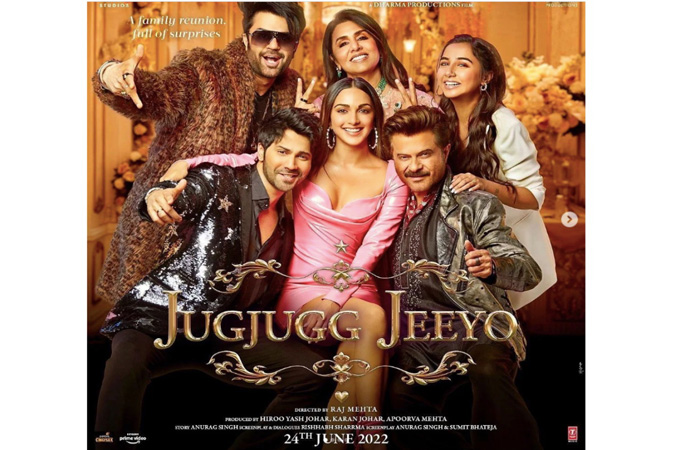 Ever since the film JugJugg Jeeyo has been announced, fans are waiting for it to hit the big screens. The movie stars Varun Dhawan, Kiara Advani, Anil Kapoor and Neetu Kapoor in key roles. The lead cast is leaving no stones unturned to promote their much-anticipated film. The movie also stars Maniesh Paul and Prajakta Koli in key roles. Speaking of which, just a while back, Neetu Kapoor’s daughter Riddhima Kapoor Sahni watched the film and penned a sweet review about it. She also praised her mother in the heartfelt note. Taking to the stories section of Instagram, Riddhima shared the movie’s poster and wrote, “You were all SUPERB!! Fab Movie !!! JugJugg Jeeyo & Ma, I am so proud of you”. Neetu Kapoor reshared her daughter’s review on Instagram and wrote, “Thank you”. Sharing details about the movie, a source had told Pinkvilla, “It’s a tale of two couples from different generations, entangled around the issues post marriage. The premise beautifully merges the generation gap and puts out a unique point of view about love, but with ample humour.”