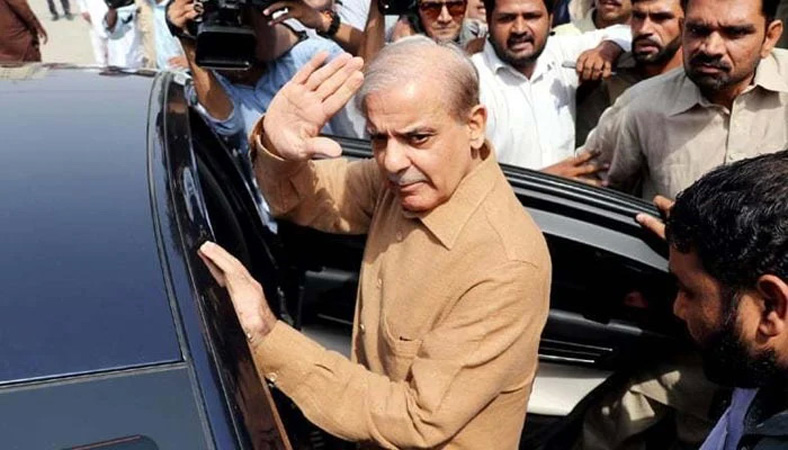 When the judge called the premier to the rostrum, the premier said: “Whenever the court summoned me, I ensured my presence, as this is my duty as well as my responsibility. But now, I have a huge responsibility on my shoulders,” the prime minister said and sought permanent exemption from personal appearance.

Shehbaz assured the court that he would follow the court order even if his application was rejected. Expressing his views, the premier said he had been accused of allowing the construction of a nullah for Rs150 million.

“During my tenure as chief minister, several such nullahs were constructed across the province,” he highlighted, adding that the construction was done on the request of a local member of the provincial assembly (MP).

He said several requests were submitted and all decisions were taken after consultation among the cabinet members. Shehbaz submitted a booklet of all development projects of Punjab during his tenure as the CM, says a news report.

“I caught the last flight from the United Kingdom to come to Pakistan and appear before the court [in May],” he said, while referring to the Rs16 billion money laundering case registered against him by the Federal Investigation Agency (FIA). “The Ramzan Sugar Mills are not mine. The area’s MPA submitted the request for a drain. If I wanted to approve it for my children, would I not have done it 20 years ago?” Shehbaz said.

He added that the scheme was approved by the provincial cabinet. The premier recalled that the sugar mill owners had sought directions from the high court for him to reduce sugarcane prices but he had refused to do so. “All my actions benefitted the province’s people,” Shehbaz claimed.

The NAB prosecutor also lamented that the booklet submitted by the premier wasn’t provided to the accountability bureau. CM Hamza Shahbaz did not appear before the accountability court in the Ramzan Sugar Mills case as his legal team filed an application for one-time exemption from personal appearance, saying their client was busy owing to the budget session. “The National Accountability Court (NAB) approached the Supreme Court for revocation of my bail and the then chief justice asked where the proof of corruption was. The NAB ran away from there,” Shehbaz had claimed. PM Shehbaz and CM Hamza were indicted in the Ramzan Sugar Mills case in 2020. The anti-graft watchdog has accused PM Shehbaz of misusing his powers while being the chief minister of Punjab in an inquiry pertaining to Punjab Land Development Company (PLDC). The inquiry conducted so far reveals sufficient evidence to prove the involvement of Shehbaz Sharif “in the commission of offences as defined under section 9(a) and Schedule of the National Accountability Bureau 1999.

The inquiry conducted states that Shehbaz Sharif as the chief minister of Punjab had unlawfully assumed powers of the Board of Directors of Punjab Land and Development Company (PLDC), misused his authority and acted in connivance with Fawad Hassan Fawad who at the time was Secretary Implementation to CM Punjab and others. Contracts awarded to M/s Ch. A Latif and sons for the development and infrastructure of Ashiana Iqbal Housing Project were illegally cancelled. As chief minister, Shehbaz Sharif in a meeting on October 21, 2014 unlawfully directed PLDC to entrust the project of Ashiana Iqbal Punjab to LDA. This decision of Sharif was illegal and mala fide as PLDC was the company which was established for undertaking such housing projects. Shehbaz is accused of illegally transferring this project to LDA, which was headed by his close aide Ahad Khan Cheema.

Shehbaz is also accused of working in connivance with other accused in the case and directed LDA to undertake Ashiana Iqbal Project under Public Private Partnership model. NAB states this was done in order to give “unlawful benefit to blue-eyed firm namely M/s Bismillah Engineering Service Company, which was a proxy firm to M/s Paragon City.”