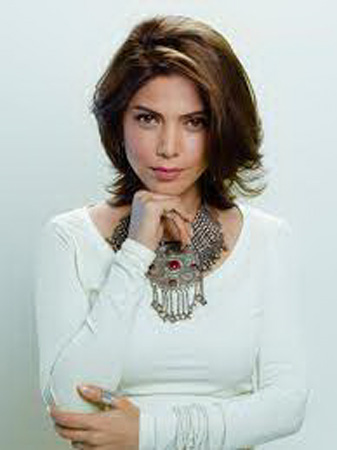 The viral video on Instagram sees the celebrities, both dressed in black, performing the duet. The Dupatta singer also showed the victory sign.

Nimra Khan called Manne Di Mauj as a gem and her all-time favourite song. The footage got millions of views and thousands of likes.

Netizens reacted with some heartwarming comments.

“This song” a netizen wrote while another wrote “Beauties in black”. A third user wrote, “You both girls are looking gorgeous”.

The song Manne Di Mauj was from her Raaz album. It showcases love, happiness, and life in the Dogri language. The music video was filmed in Azaad Kashmir.

The music video has 1.3 million views and more than 20,000 likes on the video-streaming social media platform YouTube.

Moreover, the singer has won many awards as well. The celebrity was conferred with Tamgha-e-Imtiaz (Medal of Distinction) by the Government of Pakistan back in 2006.