Aamir Khan had planned a secret wedding with Kiran Rao, needed a break from ‘Fanaa’ 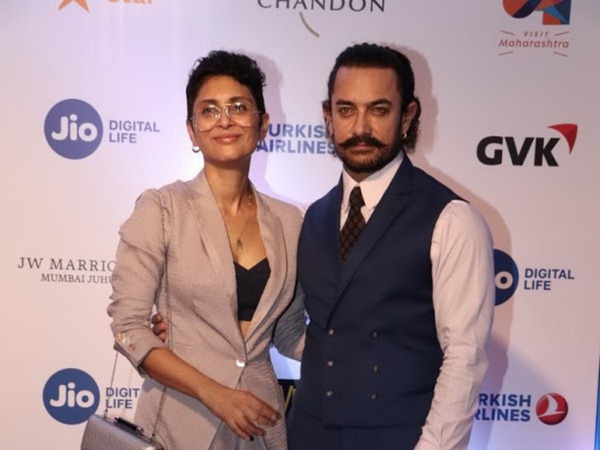 Aamir Khan and Kajol starrer Fanaa recently completed 16 years and on the occasion, the film’s director Kunal Kohli recalled a rather funny incident that happened during the shoot.

Aamir had been seeing his then-girlfriend Kiran Rao for some time and the two had decided to tie the knot in a low-key fashion at their farmhouse in Panchgani, but Aamir did not want to announce it to the world beforehand. His wedding plans coincided with the shoot of Fanaa so the Ghajini actor requested Kunal to adjust his dates.

Kunal told Bollywood Hungama, “While preparing the scheduling in May or June 2005, Aamir requested me to give him ten days off from December 23, 2005, to January 3, 2006. When I asked for the reason, he said he was getting married to Kiran Rao. I congratulated him but he told me ‘Lekin yeh baat tu kisi ko bata nahi sakta’ (But you can’t discuss this with anyone).” Kunal argued that he will have to tell his producer Aditya Chopra about the same but Aamir declined.

“I argued that I need to inform Aditya Chopra, our producer. He stopped me from doing so as according to him, ‘baat aise hi fail jaati hai’ (That’s how word gets out). He requested that except for these ten days, he can shoot with me whenever I want and wherever I want,” Kunal recalled.

As expected, when Aditya saw the schedule, he asked Kunal about the 10-day gap but the Hum Tum director was caught in a tough spot, he could not tell the truth, and he could not lie as well. “When Adi saw the schedule, he obviously asked me why there’s a ten-day gap. He asked me whether I am taking an off to celebrate Christmas or New Year’s Eve. I replied in the negative. He then asked if Kajol or Aamir wanted to go on a holiday during these ten days. I again said ‘No’ and reasoned that I need time off during this period. He was like, ‘Kya bakwaas kar raha hai! Tu shoot karega inn 10 dino mein’ (What nonsense is this? You have to shoot in those 10 days. So, it was difficult for me to convince him.”

Ultimately, Aamir announced his wedding just a couple of months before the scheduled date and that is when Aditya learnt why Kunal was being so cagey. He said, “It was only in October or November 2005 that Aamir announced his wedding. This is when Adi realized why I was hell-bent on having a ten-day off. He told me, ‘Tune mujhe bola kyun nahi?’ (Why did you not tell me?) I had to explain to him that Aamir had asked me not to reveal it to anyone else.”

Aamir and Kiran separated after 15 years of marriage in July 2021. “In these 15 beautiful years together we have shared a lifetime of experiences, joy and laughter, and our relationship has only grown in trust, respect and love. Now we would like to begin a new chapter in our lives – no longer as husband and wife, but as co-parents and family for each other,” they announced in a joint statement.

Even after their separation, Aamir and Kiran are frequently photographed with each other as they attend various parties together. The two are co-parenting their son Azad together.