Anees Bazmee talks about ‘No Entry 2’ 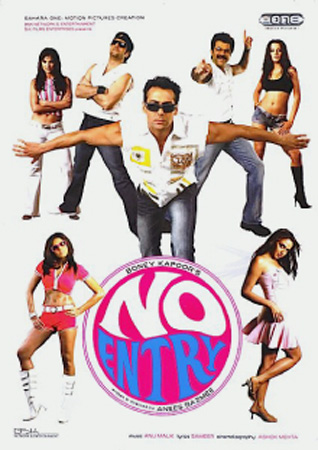 Anees Bazmee is currently enjoying the sheer success of his recent film, Bhool Bhulaiyaa 2. The film managed to break the box office records in just a few days after its release. The Kartik and Kiara starrer, Bhool Bhulaiyaa 2 has been applauded highly by the audiences. Ever since the film has hit the big screen, it has been unstoppable.

In a recent interview with Bollywood Hungama, filmmaker Anees Bazmee talked about his upcoming film, No Entry 2. The film will star Salman Khan and Fardeen Khan in lead roles. Anees, in the interview said, “teen saal pehle maine script Salman Khan ko sunayi thi, unko bahaut pasand aayi thi.” (Three years ago, I narrated the script of the film to Salman Khan, and he loved it.)

He mentioned that Boney Kapoor had also called him at his place and asked him to narrate the script to him and Sridevi. He said when he reached his place, there were around 50 people, some were distributors, some were financers and others from the industry. Anees said that it’s difficult to narrate the script to so many people because you cannot make eye contact with every person. He said,” When I am maintaining an eye contact with you, I try to understand if you like it or not, whether I should narrate a specific portion in speed or slowly.”

He further said that when the narration was over everyone praised the film. Someone also recorded the narration and now, when he listens to the recording, he knows what brings out a laughter out of people. He said, “Mujhe lagta hai jab ye film banegi toh logon ko bahaut pasand aayegi.” (“I think when this film releases, people will love it.”)

Anees Bazmee is known for his comedy films such as No Entry, Welcome, Ready and Welcome Back. The writer-director who is currently enjoying the success of his film Bhool Bhulaiyaa 2 is also set to work on his upcoming films such as a sequels to Welcome and No Entry.