Octavia mourns death of her nephew 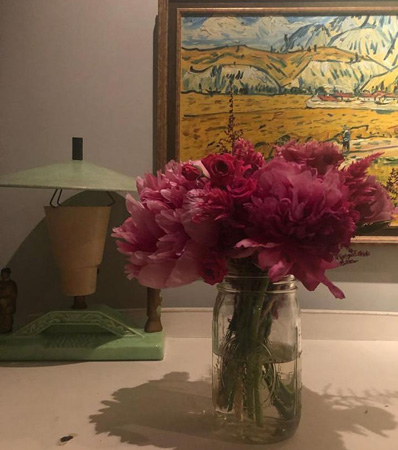 Octavia Spencer is asking for prayers following the loss of her nephew. The Oscar winner announced her relative’s death in a message to her Instagram followers on May 31. “Grief. You wouldn’t know it by this picture that today was the second worst day of my life,” she wrote alongside a photo of pink flowers. “My family lost the first of the next generation of us, and we’re gutted.”

“Grief is the most terrifying of emotions because I can’t laugh my way out of it. I have to feel,” she continued. “Right now, I’m feeling for my sister who lost her only son. Her only child. If you’re praying people, pray for her and my brother in law.”

Octavia, who has six siblings, did not share the name of her nephew or any additional details about his death.

The Spencer family’s heartbreaking news comes just days after the Hidden Figures actress celebrated her 52nd birthday. Alongside a picture from her outdoor festivities, posted to Instagram May 27, Octavia wrote, “Thank you all for the outpouring of well wishes and love on my 50th birthday. It’s bittersweet.”

“This picture was taken on my actual birthday,” Octavia, whose birthday is May 25, noted. “Some friends stopped by to surprise me with balloons and the wind took them to a neighbor’s tree. The good Lord knew we needed the laugh considering the terrifying week.”

Octavia went on to reference the recent mass shootings in the United States. “The tragedies in Buffalo and Uvalde are emblematic of a greater problem in this nation: apathy,” she wrote. “We’ve become desensitized to the evil genie that is gun violence. Clearly, the genie is out of the bottle but it can be stopped. How? Well, we have to take its power!!”

“A genie with no magic is just a puff of smoke. Change the damn gun laws,” she concluded her post. “My thoughts and prayers are with those who lost family members this week.”