Delay in polls to cause further chaos, inflation 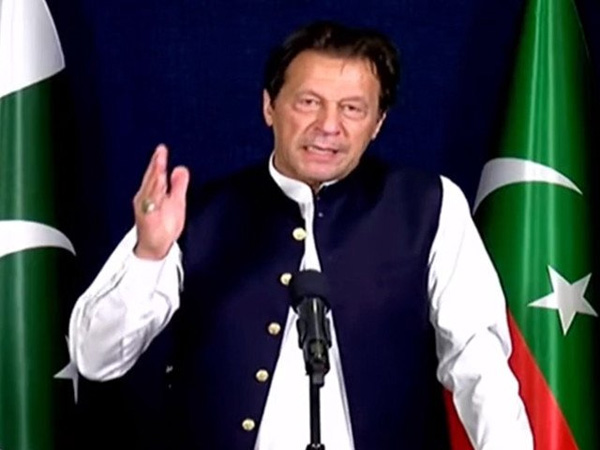 Former prime minister and PTI Chairman Imran Sunday said that the country’s economic and political situation will ‘further deteriorate’ if early elections are not held. “I will give you a call [for long march]… if free and transparent elections are not held, further chaos will spread,” the ousted premier said while addressing the anti-inflation protest rallies via video link on Sunday.

A number of big screens were installed at major protest venues across the country to show the former premier’s address. Imran Khan said that Finance Minister Miftah Ismail had asked for “relief” from the American envoy stationed in Islamabad.

Repeating his claim of an American conspiracy to topple his government, the PTI chairman said that “neutrals” were told about it and warned that the country will be ruined if the PTI is removed from power and the incoming government will not be able to save it. Khan added that the “neutrals” were warned about all this when there was time to defeat the conspiracy. The PTI chairman said that when the no-confidence motion took place the dollar was at 178 and now it has reached 208.

He added that he believes the country is at the same stage where Sri Lanka is at. “Miftah Ismail asked American envoy to get relief. 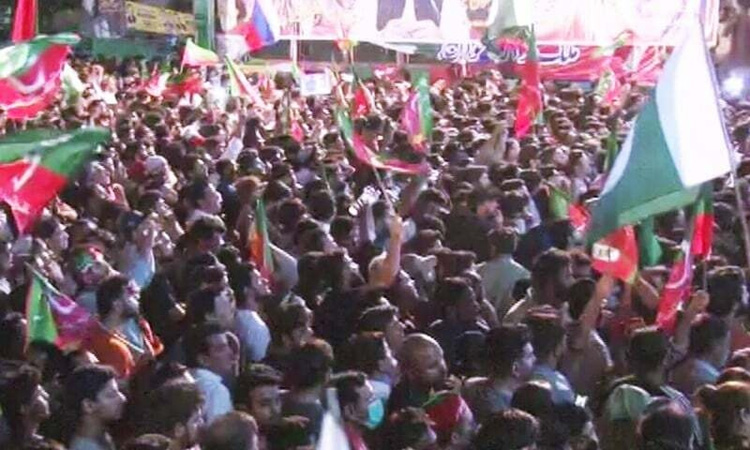 Nothing is free everything has a price, US will take our real freedom as a price,” warned Imran Khan. He also advised the finance minister and Prime Minister Shehbaz Sharif that the Americans have a price for everything.The former prime minister also claimed that the incumbent rulers wanted to take an “NRO 2” and they took it. “If these rulers are imposed on the country for long then they will bury the institutions. The whole nation has to fight together,” said Khan. The PTI chairman warned that the country would head to anarchy if free and fair elections are not held. Imran said that the prices of all commodities including petrol and diesel have witnessed a massive surge since the new regime came into power after toppling his government via the vote of no-confidence. Imran said his government was toppled at a time when all sectors of the economy including export, agriculture, remittances and others were on an upward trajectory. The ousted PM said he tried to convince “neutrals” – a tacit reference to the establishment- that if his government was removed the country’s situation would spiral out of control.

“Time was not ripe for ‘conspiracy’ to succeed as it would adversely impact the economy of the country,” Imran said he had told the neutral when he was the prime minister.

He also expressed fear that the country could descend into a Sri Lanka-like economic crisis when the country run out of dollars to buy fuel. Referring to a recent statement of senior PML-N leader and federal minister Khurram Dastagir, Imran said the former exposed the real intention of the former opposition alliance which removed him from power. Dastagir recently admitted in an interview with a local TV channel that the opposition toppled the PTI government of then prime minister Imran Khan because he was planning to disqualify all opposition parties’ leaders in a bid to ‘hijack’ the country’ system. “His [Dastagir’s] statement exposes that their only objective of coming into power was to get NRO-2. They were not interested in public issues,” the PTI chief added.