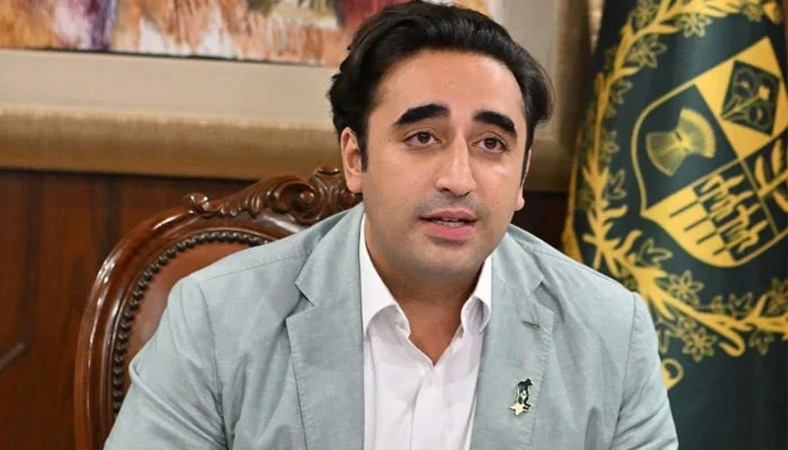 Bilawal’s remarks come after the FATF Friday acknowledged that Pakistan had met all 34 items on two separate action plans. “The Government of Pakistan is committed to continuing this positive trajectory of reforming the financial sector as part of its larger strategic objective of strengthening Pakistan’s economy,” Bilawal said in a statement released by the Foreign Office.

“I am certain that this good news from FATF will restore confidence in Pakistan’s economy and act as a catalyst for sustained growth and development.”

The foreign minister reiterated the government’s “high-level commitment to continue aligning our AML/CFT regime with global standards”. He added that the country was looking forward to the on-site visit and “a successful and early culmination of the process leading to Pakistan’s exit from the grey list”.

Welcoming FATF’s unanimous acknowledgement of completion by Pakistan of its 2018 and 2021 action plans, the minister commended the “hard work and dedicated efforts” of Pakistan’s FATF team that, he said, led to the successful completion of all technical requirements of both plans.

“This was the result of concerted national efforts and complete harmony of interests by all stakeholders,” he added.

“The announcement by the FATF plenary of granting an on-site visit to Pakistan is a welcome development. It reflects the remarkable progress made by Pakistan to enhance the effectiveness of its AML/CFT regime,” he said.

Announcing the watchdog’s decision on Friday, FATF President Dr Marcus Pleyer acknowledged the reforms implemented by the country, saying “they are good for the stability and security of the country”. At the conclusion of the four-day plenary in Berlin, he, however, added that “Pakistan is not being removed from the grey list today. The country will be removed from the list if it successfully passes the on-site visit”.

Pleyer had said Pakistan would have to ensure [during the visit] that it effectively tackled money laundering and funding of terrorist groups.

The following day, Minister of State for Foreign Affairs Hina Rabbani Khar had cautioned against premature celebration, but nonetheless termed the country’s progress so far nothing short of a “herculean effort”. On the planned on-site visit, she said it was a necessary procedural requirement before the FATF deems the country worthy for removal from its grey list. However, she did voice optimism that Pakistan was “one step away” from exiting the said list that it had been on for four years. Talking about the lessons that Pakistan had learnt, Khar said the message for the country was “never again”. “Never again will we want to be part of any list that will require us to divert our attention from our national requirements to [international] reporting requirements. We never want to slip into this again. This is the biggest lesson.”