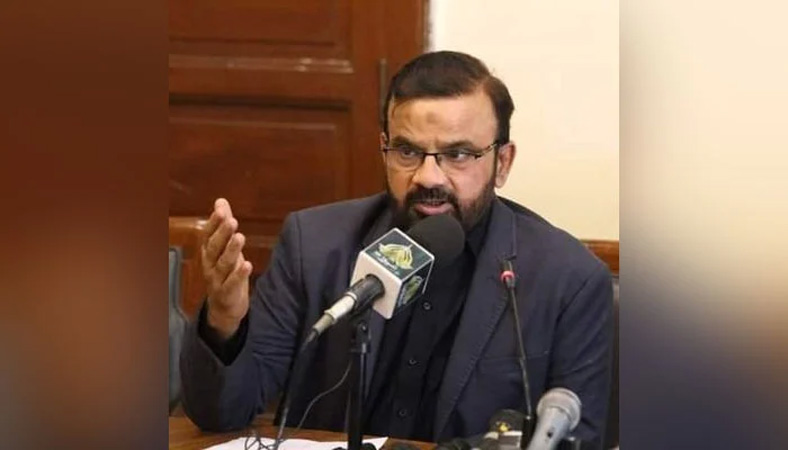 The matter of Qureshi’s arrest was initially brought to light by PTI Sindh’s spokesperson Haleem Adil Sheikh, who said the MPA was detained when he left his house for Fajr prayer, “after which he was shifted to an unidentified place.” However, AIG Odho said that Qureshi has been arrested over a woman’s complaint against alleged sexual harassment. “A woman had complained to SITE police station at 3am on Sunday morning, alleging that Qureshi sexually assaulted her,” Odho said.

He said that the woman alleged that the PTI MPA lured her with a job offer.

Odho further stated that a case has been registered against Qureshi on behalf of the complainant under Section 354 (assault or criminal force to woman with intent to outrage her modesty) of the Pakistan Penal Code (PPC). Investigations against Qureshi have been launched, he added. Meanwhile, PTI leader Khurram Sherzaman condemned Qureshi’s arrest, claiming that police vehicles were parked outside the detained PTI leader’s house all night.

“Sindh government’s jiyala force has kept PTI [in the crosshairs] as every kind of false allegation is being imposed on PTI leaders,” Sherzaman said, adding that Qureshi’s arrest is concerning. He demanded the immediate release of Qureshi, saying that “the tactics the fearful Sindh government are hiding behind are pitiable”.