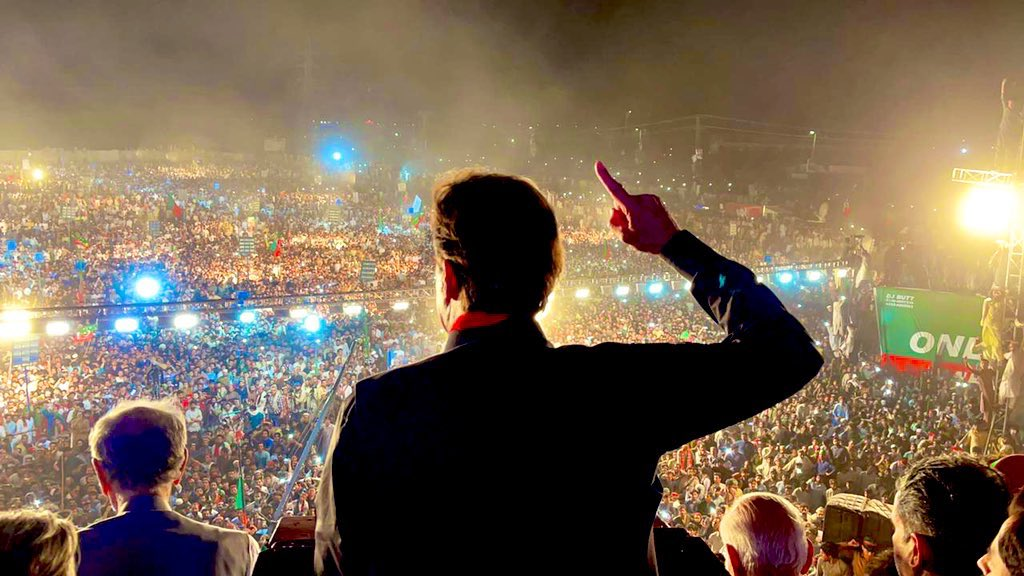 MIRPURKHAS: Police on Sunday have barred Pakistan Tehreek-e-Insaf workers from installing a screen at Office Chowk, Mirpurkhas for a live telecast of Imran Khan’s address, sources reported. PTI chairman Imran Khan has given a countrywide protest call against increasing inflation during the incumbent government tenure.

PTI Mirpurkhas vice president Aftab Qureshi said that the Mirpurkhas administration has stopped them from installing a screen at Office Chowk to live telecast Imran Khan’s address to the protestors later in the day. He vowed to carry out their programme as per the schedule and said they are ready to be arrested.

Meanwhile, the SHO Satelite Town Mirpurkhas has said that after the announcement of local bodies’ elections, such activity cannot be allowed. Earlier on Saturday, former prime minister and Pakistan Tehreek-e-Insaf (PTI) Chairman Imran Khan asserted that the party’s future strategy will be decided in tomorrow’s (Sunday) protest against inflation.

The former premier made these remarks during a meeting with party’s spokesperson in Islamabad. Imran Khan said that the incumbent rulers have increased the burden on the people of Pakistan by rising petrol prices.