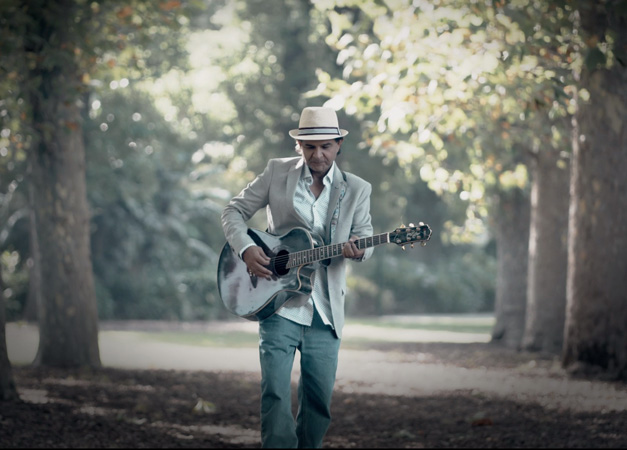 Singer Mahmood Khan developed his song writing skills and was successful in entering several song writing contests in Hollywood. Through his position at Jam Power, Khan was involved in producing music for developing artists and his knowledge of the music industry subsequently increased.

In 1995, Khan released Fairytale, his first solo album in the US. The album was released on Khan’s own record label. While Fairytale was not a commercial success, it attracted the attention of Nusrat Fateh Ali Khan, who approached Khan in 1997 to propose a collaboration.

Khan’s second solo album, Only One, was released in 1997, and featured Nusrat Fateh Ali Khan’s last known recordings before his death. Mahmood Khan was the lead vocalist, songwriter, producer and sound engineer on the Only One album. Solid Records and Magna Sound India released the album to international acclaim, with the tracks “Teri Yaad” and “Janeman” featuring in the Sanjay Dutt film, Kartoos.

Khan’s next album, Alive, was released by Vanilla Music, Dubai. The lead track, “Panah”, was distributed by Magna Sound India; however, the album was not commercially viable and was considered “ahead of its time.” 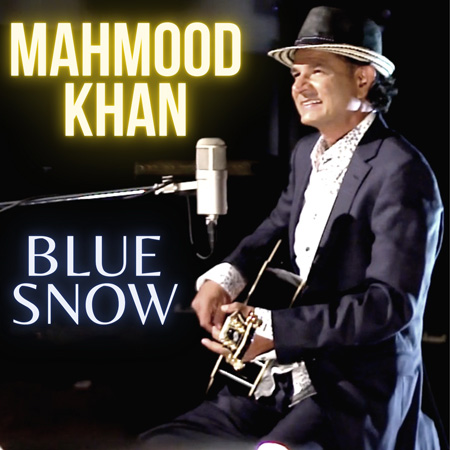 While in Pakistan in 2000, Khan learned how to produce video clips. His first video clip promoted his single, “Tere Baghair”, and received air play on national Pakistani television. Khan subsequently produced and directed the music videos accompanying his next two singles, “Enuff Misfortune”, a reaction to 9/11 events and “Kissi Manzil”, a tribute to the Pakistani public school he attended.

In 2004, Khan was commissioned by the Government of Pakistan to compose the music for the opening and closing ceremonies of the 9th South Asian Federation Games, hosted in Islamabad.

Khan is credited with developing a new genre of music, “modern funk,” in collaboration with his band, Mahmood Khan Funk.

In 2007, Khan relocated to Sydney, to undertake studies at Sydney Film School. In 2009, he successfully graduated from the institute.

Khan’s performance at the Sydney Opera House was recorded and a live album of the concert was released. The track, “Like the River”, from this recording achieved a number one ranking on the mainstream Australian music charts.

During his time in Australia, Khan was involved in a charity fundraising effort to benefit the Red Cross Society. Along with 40 Australian artists, he recorded the track, “We Could Be Paradise”. Khan was responsible for producing and directing the video clip that accompanied the track.

In January 2010, Khan was invited to sing the Pakistani national anthem at the opening ceremony of the cricket test match between Australia and Pakistan.

In early 2011, Khan’s YouTube channel had received over 50 million views. To showcase his most popular tracks, Khan was invited to perform live on Australian television, an occasion marking one of the few appearances of a Pakistani musician on a national, commercial broadcast channel.

In 2011, Khan was formally recognised by the Australian government as a “Distinguished Talent”.

Zsolt Nagy, a Hungarian film maker, has produced a documentary, Journey of a New Sound, focusing on Khan’s life in Australia. The documentary highlights Khan’s experiences of being challenged and rewarded during his time in Australia, and is described by Khan as an example of “how under extreme pressure, the human spirit is able to beat the odds”.

As of 2012, Khan has resided in Los Angeles, undertaking work on a feature film, Labrador. Khan is cited as the writer, director, producer and music director for the film. Flip Kobler, known for developing the screenplays for The Lion King 2 and Beauty and the Beast: The Enchanted Christmas, has been engaged to develop the screenplay for Labrador. Khan will collaborate with the Showdown Staging Company to produce the film.

Khan cites his favourite comedian as George Carlin. He also admires, and is influenced by, the philosophical works of Khalil Gibran.

Mahmood Khan, the prolific musician is showcasing his creative talent with his exceptional soundscapes. His brilliant pieces of music have attracted many listeners. His lyrically and musically enriched soundtracks have captivated everyone. The thematic and rhythmic flow them has garnered many ears over time. He is a multi-talented artist; he is a singer, songwriter, producer and also a movie maker too. With his vast talent, this artist has inspired many young listeners and artists. Along with that, his brilliant way of presenting musical crafts has created a different identity for him in the musical industry.

This Pakistan-born Australian singer has established himself in the music world with his various songs. But he is getting a lot of attention for his new EP ‘Rarity’. It has generated a buzz among all the listeners and has accumulated a bunch of audiences. It is made up of six incredible soundtracks, some of them are, ‘Automation’, ‘No Feeling When You Are Gone’, ‘Rarity’ and ‘Battle Is Uphill’. All the tracks are different than each other and create a different vibe with it.

The shining star Mahmood Khan is an exemplary musician. This artist has tried out different things and given a diverse presentation with them. He has taken the music to a different level with his magical creation. Some of his praiseworthy works are, ‘Under the Sky’, ‘Edge of the Universe’, ‘Innocense’ and ‘My Own Little Bed’. His songs are available on Spotify, so visit and follow his profile to get all the updates of his future releases.