US denounces blasphemous remarks by BJP officials against Prophet (PBUH) 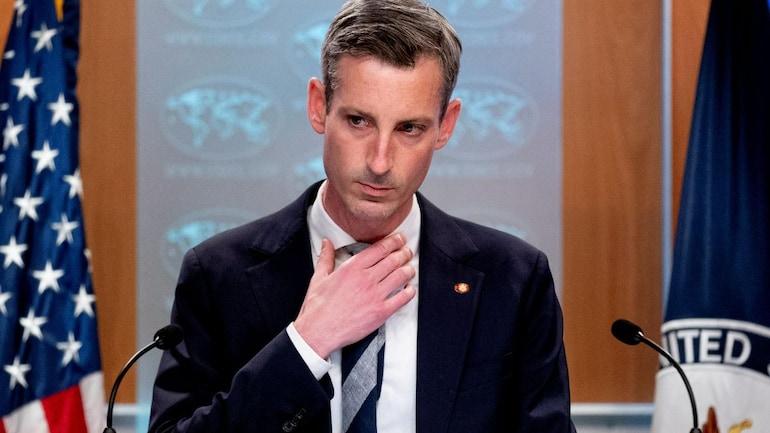 WASHINGTON: United States (US) has condemned the blasphemous remarks made by two senior BJP officials against the Holy Prophet Muhammad (Peace Be Upon Him).

The BJP members’ offensive remarks have provoked uproar not only in South Asia but around the world.

“We regularly engage with the Indian government at senior levels on human rights concerns including freedom of religion or belief. we encourage India to promote respect for human rights ” said US State Department Spokesperson Ned Price during a news briefing on Thursday.

“This is something that we’ve condemned. We condemn the offensive comments made by two BJP officials,” he continued.

In response to a query, the official identifying Pakistan as a partner stated that his country seeks methods to advance this collaboration in a way that benefits both parties.

After two BJP officials responded in late May and early this month, Prime Minister Narendra Modi’s government has suffered opposition from Muslims both at home and abroad, particularly from a number of Gulf countries.

One of them, party spokeswoman Nupur Sharma, has been suspended, and the other has been expelled.