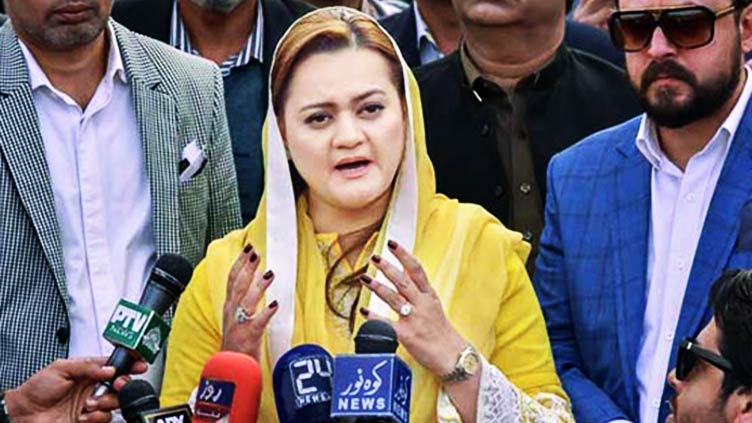 ISLAMABAD: Minister for Information and Broadcasting Marriyum Aurangzeb vowed on Friday that the present government would “extinguish the fire of inflation” ignited by former Prime Minister Imran Khan.

In a tweet, the minister said that Imran Khan himself was hiding in Bani Gala but calling masses to take to the streets.

Imran, instead of giving calls of protest to the people, should mourn his inefficiency and incompetence, she said in a statement.

Marriyum said that Imran Khan should realize that the masses do not support those who bargain national and public interest for a few diamonds, some hundreds of kanals of land and some financial benefits.

People do not support liars, and hypocrites and do not respond to the call of inefficient and incompetent looters and violators of the Constitution, she maintained.

She urged Imran to apologize to Allah Almighty and the people while acknowledging his responsibility for inflation and economic catastrophe in the country.

People know that Imran brought inflation and he reached an agreement with the IMF on weak grounds, she remarked. She said by violating the agreement with IMF Imran Khan endangered Pakistan’s reputation in the comity of nations.

“People won’t come out with those who shot and killed innocent policemen”, she remarked adding that Imran had created economic catastrophe and inflation and the present government was doing its best to clean it up.