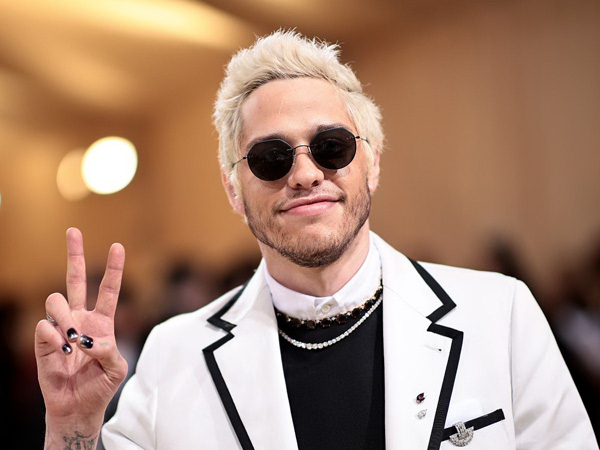 Live From New York, it’s some major SNL casting news. Pete Davidson, who has been a cast member on the sketch series since 2014, will leave after this season’s finale on May 21, according to Variety. In addition to Davidson, Variety reports that cast members Kate McKinnon, Aidy Bryant and Kyle Mooney are also leaving the show. McKinnon and Bryant have been on SNL since 2012, while Mooney joined the cast in 2013.

Questions about Davidson’s future on the show arose with the announcement of his upcoming Peacock series Bupkis, which will be a fictionalized version of Davidson’s real life and co-stars Edie Falco as Davidson’s mom.

The show marks Davidson’s first regular television gig since joining the cast of Saturday Night Live when he was just 20 years old. At the time, he came the show’s first cast member to be born in the ’90s and one of the youngest cast members in the illustrious history of the show. The writing about Davidson’s departure has been on the wall for a while. In February, he missed an episode of the show to film horror movie The Home. He also starred in the 2020 film The King of Staten Island, a semi-autobiographical film he wrote with Judd Apatow and Dave Sirus.

Since joining the cast, Davidson’s personal life has made headlines. He began dating Kim Kardashian in November 2021, sending his celebrity status into another stratosphere.

The two made their red carpet debut at the White House Correspondents’ Dinner on April 30 and later walked the Met Gala red carpet together on May 2.

Davidson has recently made a return to stand-up, performing a set at the Netflix Is a Joke comedy festival on April 28 and even made jokes about Kanye West, the ex-husband of his current girlfriend.

See how Saturday Night Live sends off Pete Davidson during the season finale, hosted by Natasha Lyonne, airs on Saturday at 11:30pm.