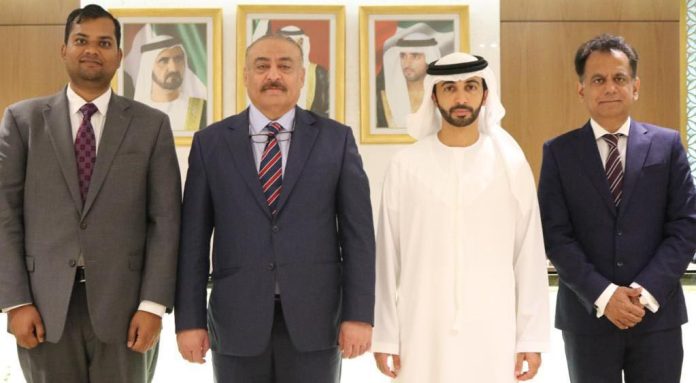 Different teams from the UAE government briefed the Pakistani delegation. The office of Royal Family along with Hayat Biotech Group discussed various areas of collaboration where they especially showed interest in setting up a Plasma Farming and Harvesting Facilities in Pakistan. These facilities will provide assistance directly to the public.

The Pakistani delegation was also briefed about the various medical advancements in the digital and medical sciences sector in the UAE including the Emirati Human Genome Program run by the G42 Group.

Research and development capabilities of the applied sciences program were also presented. Further deliberations on this end were suggested by the Pakistani delegation.

The royal family group showed keen interest in up-gradation of public sector hospitals in Pakistan. They expressed that various UAE companies and international health sector partners from the Office of His Highness want to partner with the Pakistani government on this front.

The Pakistani delegation appreciated this interest and encouraged us to take this further with mutual support from each side.

The minister noted that the government will facilitate in every way to provide the best services to the people of Pakistan. Both countries should work together and share skills and services that each has expertise in.

“Pakistan and UAE have had a long-standing relationship and we must take this forward,” said the minister.

The visit starts an important collaboration between the two countries, which will directly benefit the people. The meetings concluded on a positive note and with both groups looking forward to these ventures.