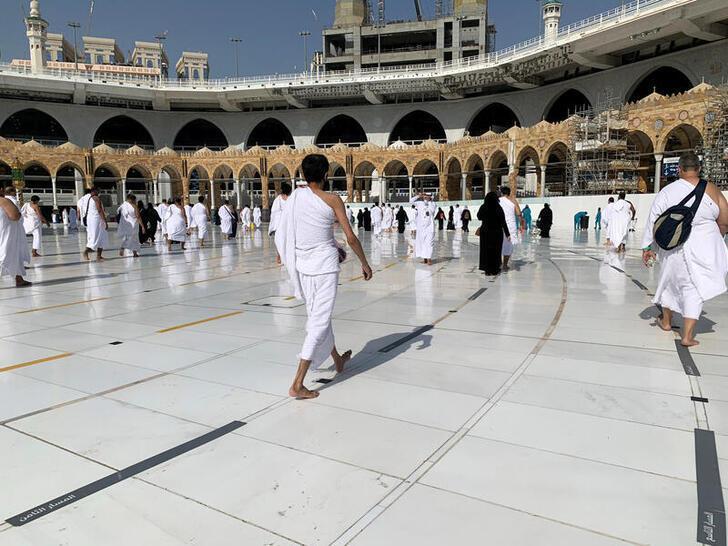 ISLAMABAD: Saudi Arabia’s Ministry of Hajj and Umrah announced that 297,444 applications have been registered through the electronic draw by citizens with valid residency in the Kingdom for the 1443H/2022 Hajj season, comprising of 62 percent men and 38 percent of women.

The ministry stated that the total number of completed applications exceeded 217,000 through both the Eatmarna app and the e-portal for domestic pilgrims. As a result, SMS messages will be sent to qualifying applicants to submit payment within 48 hours through accepted payment methods.

Saudi Arabia’s deputy Minister of Hajj and Umrah Dr. Abdul-Fattah Mashat attended the e-draw and the announcement of the qualified pilgrims. Speaking on the occasion, he said that the e-draw system has set several conditions for the selection process, most notably that the applicant’s age shall be under 65 years. In addition, they must also have a fully vaccinated status on the Tawakkalna application.

The minister noted that the number of disqualified applicants constituted a tiny percentage of the total requests. The reasons for the disqualification included failure to fulfill the stated conditions; submission of information not matching to the applicant’s status on file, or the failure of one of the individuals within a single application in meeting some of the conditions.

Dr. Mashat said that the applicants were allowed to modify the applications and add services during the 10-day registration period that ended on June 12.

It is noteworthy that applications that fulfilled the conditions were verified all at once after the expiry of the deadline and there was no preference given to those who applied first.