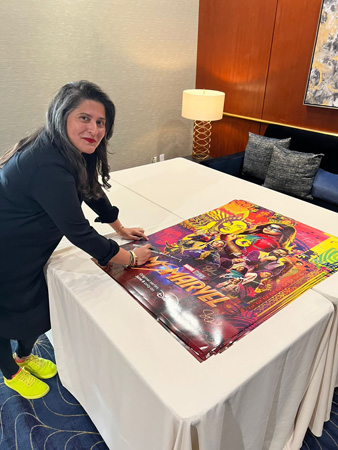 To celebrate the introduction of the first Pakistani Marvel superhero into the Marvel Cinematic Universe (MCU), the series is getting a special screening in cinemas across Pakistan through HKC Entertainment.

Ms. Marvel, the new Disney series, introduces Kamala Khan – a 16-year-old Pakistani-American growing up in Jersey City. The series, celebrated globally for breaking stereotypes and opening doors for the South Asian community in the MCU as the lead characters, is directed by Sharmeen Obaid-Chinoy, Adil El Arbi, Bilal Fallah and Meera Menon.

The exclusive screening schedule of the special cinema format of the six-episode series is scheduled as follows: