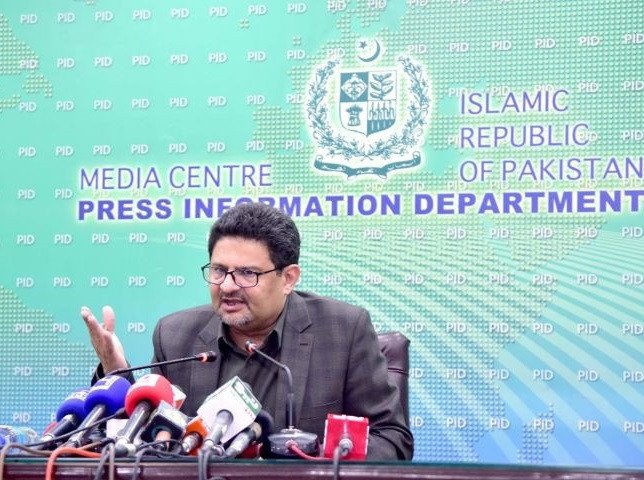 The minister added that the government had no option but to raise the prices because the country’s worsening economy was not in a position to bear further losses. He said under the government’s “Sasta Petrol, Sasta Diesel” scheme, the government was already providing Rs 2000 per month to the 8 million families, while 6 million more families were also eligible to get Rs 2000 under the scheme.

Musaddiq Malik said the consumption of petrol in the country was 9 million tons per month and that of Diesel was 8.8 million. If the government would not increase the prices, the government would have to bear the loss of Rs 100 billion. He said the decision was taken after a detailed discussion and with a heavy heart as the government had to take this tough decision. Miftah Ismail said in May only, the loss in terms of petroleum products had exceeded to Rs 120 billion which was three times more than what was required to run the government. He said he had never witnessed such a worse economic situation than the country was facing now and it was due to the mismanagement of former Prime Minister Imran Khan’s government.

The previous government, he said took some measures to trap the PML-N government but in fact, they trapped the country and put it on the verge of default. The minister added that in February 2022 the PTI government had agreed with the International Monetary Fund (IMF) that they would charge Rs 30 as Petroleum Development Levy (PDL) on every liter of petrol and diesel with e additional 17% of sales tax. Dr. Musadik Malik said if the petroleum prices were not increased, the country had to bear an additional burden of Rs100 billion per month on account of subsidies, which stood at Rs1200 billion in a year. Drawing a comparison between massive subsidies and other annual expenditures, he said the country’s total defense budget was Rs1536 billion, federal development budget Rs.727 billion, and federal government expenditure Rs 550 billion.

He said the government was giving targeted subsidies of Rs310 billion to lessen the suffering of the downtrodden segments of society.The minister said the incumbent government, which came into power around 60-70 days ago, was facing severe financial challenges due to the wrong policies of the previous government of PTI. He said the past regime left behind around Rs 1.4 trillion in circular debt in the gas sector.

Commenting on the trend of increasing petroleum prices in the international market, Dr. Musadik said the prevailing situation could be gauged by the fact that oil-producing countries like the United Arab Emirates were also selling petrol at over $1 per liter. Although he said, the government had taken tough decisions in the supreme national interest to revive the ailing economy, it would pay back and all possible relief would be provided to the common man after few months.