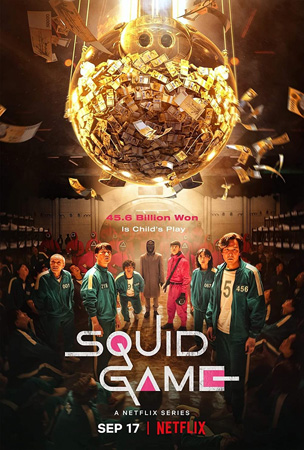 Want to play “Squid Game” for real? Netflix is looking for recruits to compete for millions of dollars – and even promises not to have you violently murdered if you lose. “With the largest cast in reality TV history, 456 real players will enter the game in pursuit of a life-changing cash prize of $4.56 million,” the streaming platform said on a site set up to look for candidates. “Squid Game: The Challenge” is looking for English-speakers from around the globe, aged at least 21 and free to travel for up to a month in early 2023.

Unlike the original, ultra-violent fictional show from South Korea, that became one of the biggest-ever hits on Netflix last year, losing contestants will not be killed.

“The stakes are high, but in this game the worst fate is going home empty-handed,” the platform promises.

Describing the new reality show as its “biggest-ever social experiment”, Netflix says players will compete “in a series of heart-stopping games”.

The original fictional series was seen as a biting satire on modern capitalism, with contestants drawn from the fringes of society to play children’s games for the chance to win big sums of money – with the threat of being killed if they lose.

The new announcement comes shortly after Netflix confirmed a second season of the “Squid Game” was on the way. In April, its creator Hwang Dong-hyuk said the follow-up would not be ready until 2024.