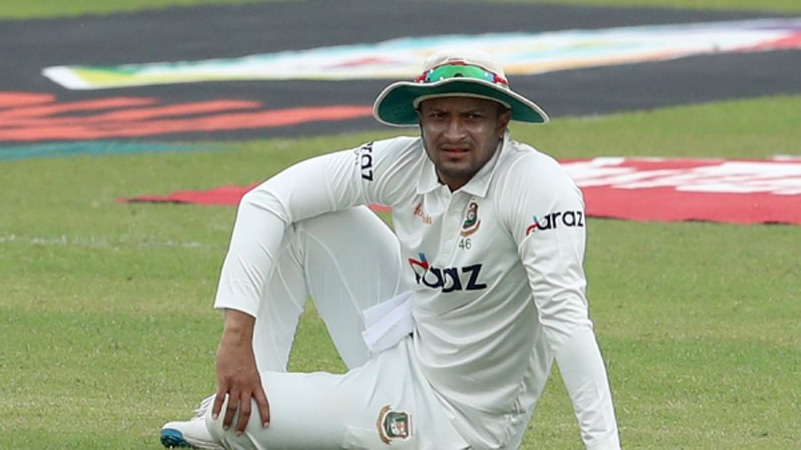 NORTH SOUND: Four years ago, Bangladesh’s last visit to Antigua wasn’t a pleasant experience. On the first day of their 2018 tour, West Indies routed them out for 43, their lowest Test total. The visitors went belly-up for the rest of that Test series, which lasted a total of six days. While humiliation was the main outcome then, Bangladesh have a bigger consequence facing them now. The current tour of West Indies is their penultimate in this cycle’s World Test Championship, as they fight their own demons. They have just been knocked over by Sri Lanka at home, after getting hammered by South Africa previously. If those were not enough, Mominul Haque resigned from captaincy following the Sri Lanka defeat, even after being named captain for the West Indies tour.

Shakib Al Hasan was handed the reins but his apathy towards Test cricket is well known. To make matters worse, Bangladesh will be without Mushfiqur Rahim – their top-scorer against Sri Lanka – after he opted to go on Hajj, as well as Taskin Ahmed and Shoriful Islam who are both recuperating from injuries. And to add to all that, Mushfiqur’s middle-order replacement Yasir Ali has also been ruled out due to a back injury. There is, however, some respite for the visitors from their drawn warm-up match at the Coolidge Cricket Ground last week. Tamim Iqbal bounced back from his pair against Sri Lanka with 162 against the CWI President’s XI, while Najmul Hossain Shanto got a much-needed fifty. Mustafizur Rahman, bowling with a red ball after a long time, and Ebadot Hossain also took three wickets each. 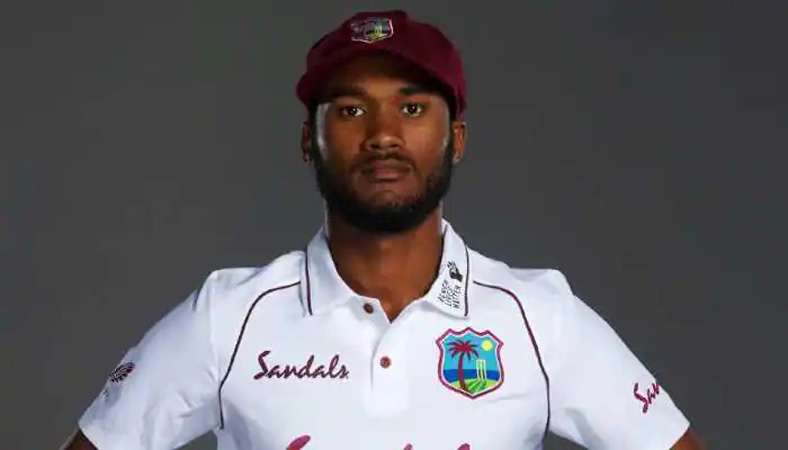 Meanwhile, hosts West Indies are a bit short of recent Test experience, having only played a single Test series in 2022. But the 2-1 win against England in March was reassurance that with Kraigg Brathwaite in charge, they were perhaps back on track. If Kemar Roach can pass his fitness test, West Indies can threaten Bangladesh with a proper pace attack that also includes Alzarri Joseph, Jayden Seales and newcomer Anderson Phillip. There are also first-time call-ups for wicketkeeper-batter Devon Thomas and left-arm spinner Gudakesh Motie for the series.

Brathwaite will lead the batting line-up with his deputy Jermaine Blackwood, to go with Nkrumah Bonner, Joshua Da Silva and Kyle Mayers. Raymon Reifer also offers an interesting choice with his left-arm pace and batting. West Indies have also included Tagenarine Chanderpaul and Shermon Lewis as reserves. Joshua Da Silva was West Indies’ Player of the Match in their last Test appearance against England back in March. He made an unbeaten hundred and took five catches. Da Silva will once again be in the thick of things against Bangladesh, especially being one of the main batters to have recently played first-class cricket in the West Indies 4-Day Regional Championship.

It is not often that a Bangladesh batter finds himself among the top three run-getters six months into a year, but that is exactly where Litton Das is at the moment. He is just behind Usman Khawaja and Joe Root, but 558 runs with two centuries despite being a wicketkeeper coming in at No. 7 remains a talking point. No doubt then that his elevation to becoming the vice-captain was a matter of time.

Now that Shamarh Brooks is dropped, is it likely that Bonner will be back at No. 3? Does Thomas’ inclusion mean anything for Da Silva batting higher up the order, or do the selectors take a chance with newcomer Chanderpaul from the reserves? Will Reifer replace Jason Holder, who has been rested? There could be a lot of questions facing the West Indies team management. Shakib should come out at No. 5 since Mushfiqur and Yasir aren’t available. Nurul Hasan will bolster the batting unit, but Mosaddek Hossain’s form is a concern. Mustafizur could get a spot if Bangladesh want five bowlers, but that would mean risking a long tail.