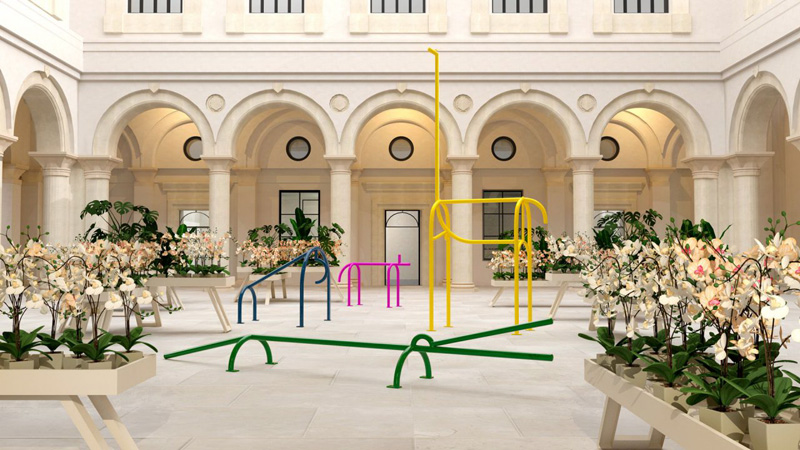 It is not a stretch to call Milan Design Week the design world’s largest annual global event. The commercial anchor of the yearly fair is Salone Internazionale del Mobile – the trade show, held this year from Tuesday through Sunday at the Rho fairgrounds, where design lovers, curators and the industry’s key players convened to discover and unveil the latest product and furniture releases from around the world.

Within the city, a sprawling network of related events, together known as Fuorisalone, results in a citywide takeover teeming with gallery and showroom exhibitions, pop-up installations, independent satellite fairs and Instagram-worthy brand activations.

After a cancelled 2020 edition and a somewhat lackluster 2021 “Supersalone” event last fall that was thrice postponed, this year the fair, which is usually held in April, marks Salone’s 60th edition and a major return after COVID-19 roiled the industry’s calendar of fairs – not to mention the supply chain issues that soon followed.

“This year is a restart with a lot of positivity and energy and the joy of being together to experiment through design,” said Marva Griffin Wilshire, founder and curator of SaloneSatellite, the fair’s capsule program for new and emerging talent.

“This has felt a bit like a transitional year, though it hasn’t yet felt clear what direction that transition will lead to,” said Aric Chen, artistic director of Het Nieuwe Instituut in Rotterdam, the Netherlands, and former director of Design Miami. “It hasn’t felt like there’s been as much focus on ‘the new,’ in part because everyone’s been so focused on surviving.” He noted that this year’s Milan Design Week felt more grounded in critical discussion.

“There is a palpable sense of sustainability and responsibility as normalcy,” said Paola Antonelli, senior curator of architecture and design at New York’s Museum of Modern Art, especially among young and emerging studios. “There’s much more discussion and also display alongside these objects – chairs, carpets and furniture – concerning their life cycle, which makes a gigantic difference. There are also installations and discussions about the role of design in society at large, without focusing on objects unnecessarily. But objects are now the Trojan horse for those topics, in a way they were not necessarily as much before.”

“Sustainability has been a consistent theme here,” said interior designer Kelly Wearstler, with many established studios and brands such as Hermès, Martino Gamper and Dimorestudio “re-imagining vintage works” or making use of reusable materials.

Although the only certainty of Milan Design Week is that one cannot possibly see it all within the week, many more people turned out this year than last, showing how much the fair had been missed. And as always, the key design take-aways made the effort worth it.

‘SLOW DESIGN’ — designers and brands, established and emerging alike, embraced the many faces of craftsmanship from across cultures. “I feel that every time there’s a big change in culture and technology, crafts and local means of production reemerge in a very important way,” Antonelli said, “a kind of slow design that is similar to the notion of slow food. We still have the means of production that are industrial, of course, but now we have, in a way, come to reevaluate and appreciate modes of making that are not necessarily industrial.” One exhibition that highlighted craft, identity and storytelling was “This Is America,” spotlighting a diverse selection of independent American designers. The curators, Jenny Nguyen, Liz Wert and Alma Lopez, focused on wide-ranging talent and intimate, sometimes poignant dimensions of independent designers of colour. One work that personally moved Lopez was by Monica Curiel, a Mexican American designer whose artistic use of plaster was a meaningful nod to her immigrant father, a construction worker and elevated the humble material. Audrey Range, a designer based in Rotterdam, demonstrated the evolving edge of hybridized craft with her “Emissive Chandelier,” the latest in her ongoing series of works made from combining digital rendering and 3D printing processes – a personal “digital sculpting” technique, as she described it. The resulting work was an iridescent lavender, pale green and silver and with a craggy, sheen surface visually reminiscent of brocade. Meanwhile, the renowned designer Martino Gamper presented “Innesto,” in which he applied the analogy of plant grafting to upcycle a set of damaged vintage 1930s Cox furnishings by inserting segments of furniture legs and surface details to create a visual mash-up of old and new. “Sometimes, you don’t need to reinvent the wheel,” Gamper said, “maybe just a detail or a particular joint, like with trees.”

CREATURE COMFORTS — a series of new seating pieces inspired by slumber was showcased by the Los Angeles upstart Otherside Objects, founded by Sam Klemick, a fashion designer who transitioned into woodworking and furniture at the onset of the pandemic. “I’m really obsessed with sleeping and dreams, and the fact that we spend so much of our lives dreaming without even understanding or being able to make sense of it,” she said. An oversize collection of seating, featuring tufted, duvet-like cushions and rounded conical legs continued a motif of her work, reminiscent of mushroom stalks and inspired by geometric topiaries from an iconic scene from the film “Last Year at Marienbad,” the classic 1961 French new wave film that unfolds in an elliptical, dreamlike state. Intimately aware of the fashion industry’s scale of waste, Klemick’s designs make use of salvaged wood and deadstock fabrics whenever possible. Elsewhere, New York designer Eny Lee Parker debuted the Cloud chair in a group exhibition presented by artist Daniel Arsham and StockX, the online marketplace favorite of hypebeasts and sneaker heads, alongside fashion label Wales Bonner, Swiss furniture company USM and others. Additional works that cradle and comfort the body, including Bohinc Studio’s Peaches seating collection – made from curvaceous, voluptuous contours celebrating the female form – spoke to a desire for tactile connection, comfort and solace in an ongoing pandemic era.

EYE CANDY — “Across the board, the use of colour this year is really refreshing to see, where previously it was quite monochrome,” Wearstler said. For all the uncertainties of the past three years, the perennial trend of sleek geometric forms and colourful palettes has been a mainstay for the social media era. It’s an aesthetic that equally pleases the eye and translates well to the screen. Highlights among the many polychromatic offerings ranged from artist Laila Gohar and Belgian design studio Muller Van Severen’s collaborative Pigeon table – a charming take on a buffet table made for entertaining, with colourful tiered displays and inspired by bird perches from Gohar’s childhood in Egypt – to “Monumental Wonders,” a multilayered, colourful entryway from design firm OMA featuring natural and semiprecious stones from the company SolidNature. Others included India Mahdavi’s Loop chair, available in three colors, for Thonet, and a collection of vessels and objects from independent designers, including Studio Berg, which took direct inspiration from candies and sweets.

THE GREAT INDOORS — the mere sight of plants is said to foster a sense of calm. After pandemic lockdowns that sent many spending months in isolation at home, designers embraced the serenity and escapism of pastoral settings and landscapes. With motifs ranging from waterways to botanical paintings and forested landscapes, several designers shared collections that offered aestheticised takes on biophilia. Calico Wallpaper has centred many of its designs around abstracted nature scenes, including sunsets, moonscapes and flowers. For the company’s latest release, Tableau, a collaboration with the interior design and architecture studio AB Concept, the team looked outside for inspiration. Conifer-dotted, alpine mountain ranges in a range of eight painterly metallic colourways are based on photographs that AB Concept’s founder, Ed Ng, took from his home in Karuizawa, Japan. “We had just moved from the city to upstate New York during the pandemic, and like Eddie, we now live in a mountain house that’s completely surrounded by beautiful forests,” said Rachel Cope, creative director and co-founder of Calico Wallpaper. “This idea of bringing the outside inside is something we’ve always done at Calico, but because of the pandemic, we’re even more focused on bringing in these immersive landscapes that can transport us to another place and time.” 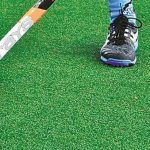