Briefing to NSC based on intelligence, not opinion 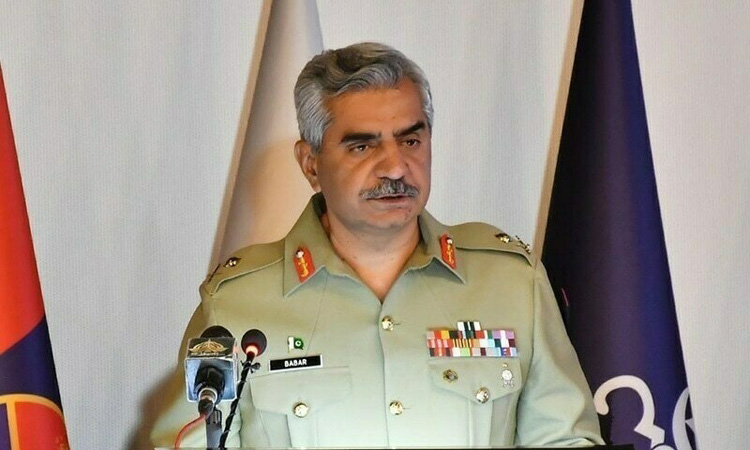 In an interview with a private television channel a day earlier, Gen Babar had said that the military leadership was present during the NSC meeting and the participants were briefed. “[They were] briefed that there was no conspiracy or evidence of any kind [against the then government], nothing like that happened. Participants were told in detail that there was no evidence of any conspiracy,” the DG ISPR had said.

But responding to the military’s spokesperson earlier in the day, PTI General-Secretary Asad Umar said during a press conference that he believes that “it would be better for the army and the country if the ISPR director general doesn’t find it necessary to interpret political affairs again and again.” In response, Gen Babar, while talking to another private television channel, said he did not make any “political statements”, rather it was a clarification, on behalf of the services chiefs of the armed forces. “I am spokesperson for the services chiefs. If someone speaks something about the services chiefs, then I will have to clarify it – there is nothing political about this,” he said. The DG ISPR said he, in the previous interview, responded to the claims of ex-interior minister Sheikh Rashid that “none of the services chiefs in the NSC meeting said there was a conspiracy”.

“He was in a way trying to convey that he was speaking on their behalf,” the DG ISPR said, stating that he was the spokesperson for the services chiefs. The NSC, convened to review the alleged threat letter, ruled out a foreign conspiracy behind the ouster of the PTI-led government in a setback to ex-prime minister Imran Khan’s narrative of a “regime change conspiracy”. The DG ISPR also said the services chiefs had provided detailed input to the meeting and they had presented information based on intelligence reports, not mere speculation or opinion. “This cannot be considered as someone’s opinion, it was a proper briefing based on intelligence reports,” Maj Gen Iftikhar said. On the demands of formation of a judicial commission to probe the matter, the DG ISPR said the military was ready to support the investigation in any way possible. “By all means, judicial commission or whatever forum the government of the day decides […] the institution will provide complete assistance,” the military’s spokesperson said.