* Diesel will be sold at Rs263.31 while kerosene oil at Rs211.43 per litre
* Miftah says govt not in a position to bear subsidies on petroleum products 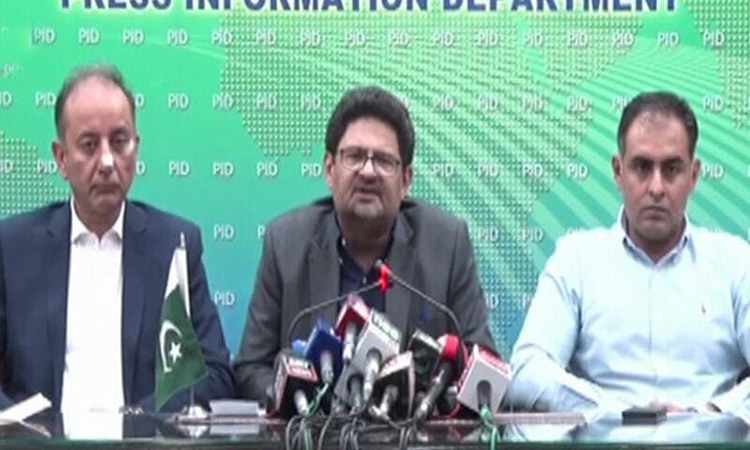 Federal Finance Minister Miftah Ismail on Wednesday announced that the government was not in a position to bear subsidies on petroleum products anymore, therefore, it has decided to increase the prices of petrol by Rs24.03, taking it to the record high of Rs233.89 per litre.

Starting from June 16, the price of petrol will be Rs233.89 per litre, diesel will be Rs263.31, kerosene oil will be sold for Rs211.43, and the price of light diesel oil will be Rs207.47, the minister announced. Ismail said the government had no choice but to “pass on” the impact of international prices to consumers in Pakistan. The government has raised the petrol price by more than Rs84 per litre in the last 20 days. Explaining the reasons behind another hike in prices of petroleum products, the minister said that the international price of petrol was $120 per litre.

“Our country is still facing a loss of Rs24.03 in petrol, Rs59.16 in diesel, Rs29.49 in kerosene oil and Rs29.16 in light diesel oil,” he told the press conference. He said the government was spending Rs120 billion on petrol subsidies. “I have been seeing the country’s situation for 30 years, but I’ve never seen such a situation in terms of inflation.”

He also blamed former prime minister Imran Khan for devising policies that “damaged” the national economy. Ismail said the government was tied by agreements made by the PTI government with the International Monetary Fund (IMF).

He acknowledged that the middle class will suffer from the petrol price hike, adding that the government would take measures to limit the impact on the most vulnerable. “We have taken difficult decisions before and we will take in the future as well to protect the country from financial difficulties,” the minister said. Ismail said the government would not bear a loss in the sale of petrol anymore as the fresh hike had brought the fuel price at par with its international rates. Minister of State for Petroleum Musadiq Malik said the government deliberated in detail before announcing the latest hike. “This decision is taken because we import 9 million tonnes of oil every year, and 8.8m tonnes of diesel and if we did not increase the price, the government would have had to bear a loss of over Rs100bn monthly.” Malik said “the government accepts the responsibility for its measures and will determine a new way forward for the country through difficult decisions.” Answering a question, Miftah said Pakistan could not control the Ukraine-Russia war and its impact on international fuel prices. “We will only be able to control fuel prices when our difficult period ends and the country’s relations with global financial institutions improve,” he added.