Will DG ISPR decide on conspiracy against PTI? 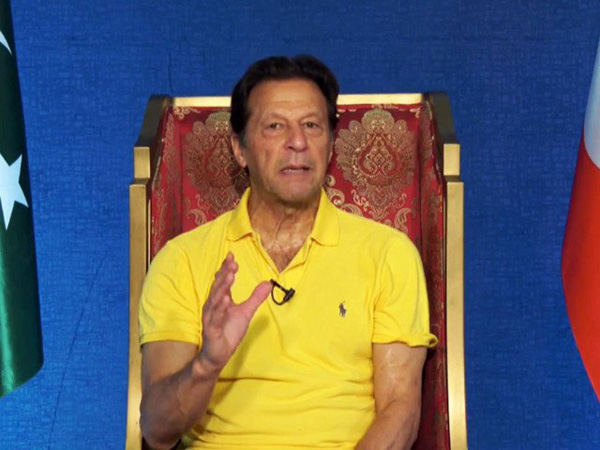 Imran Khan said that the Supreme Court should constitute a judicial commission and conduct investigation. “We asked to hold an open hearing to find out if there was any interference and the conspiracy has awaken our nation,” he said and added the toppling of PTI government was celebrated in India and Israel. People should come out and fight for their rights like a living nation, he said.

The PTI Chairman said that Shehbaz Sharif supported our position that there has been interference, adding that no one can deny the facts on cipher messages. “We have record and our people visited US consulate adding that our allies suddenly began to leave together and a no-confidence motion was submitted on March 8.”

The former PM said, “This threat was meant to remove me and our ambassador sent a cipher which reached me directly, while Donald Lu threatened that the outcome would not be good if Imran Khan was not removed. Earlier, referring to the alleged conspiracy behind the PTI government’s ouster, PTI leader Asad Umar said the Pakistan Army’s opinion on issues of national security could not be taken as the final word. He was referring to the remarks made by the military spokesperson Maj Gen Babar Iftikhar a day earlier in which he had rubbished the foreign conspiracy claim being peddled by the ousted premier Imran Khan. “At the outset, you were asking me a question that since it is a matter of national security so the army has a final word on the issue, [but] with due respect, I don’t agree with this,” he said during a TV show. Mentioning the efforts made by the PTI to pursue the constitution of a judicial commission on the ‘cablegate’ affair, Asad requested the Supreme Court to oblige and added that Imran had decided to again write to Chief Justice of Pakistan Umar Ata Bandial to oversee the matters.