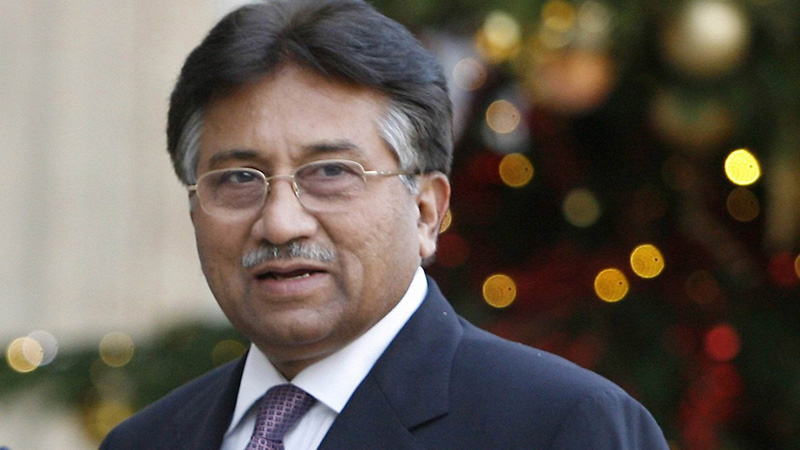 Speculations about the return of former president and military dictator Gen (retd) Pervez Musharraf to Pakistan in view of his bad health echoed in the Senate on Wednesday with lawmakers from both sides of the aisle expressing their opinions on the issue. Musharraf made the headlines again after he expressed his wish to spend his remaining years in Pakistan. The retired general had been hospitalised for the past few weeks. He was suffering from amyloidosis, a rare disease in which an abnormal protein called amyloid builds up in organs and tissues throughout the body. Sources close to Musharraf said he wanted to move to Pakistan at the earliest after his family said it was impossible for him to recover. The report was followed by a statement from Pakistan Muslim League-Nawaz (PML-N) supreme leader Nawaz Sharif wherein he urged the PML-N government to allow the dictator to come back. The Pakistan Army spokesperson also supported the return of the former chief during a press conference on Tuesday. Major General Babar Iftikhar said the former president’s return to Pakistan from the UAE was a decision for his family and doctors to make.

“The institution and its leadership have the stance that he should come back,” he added. Starting the debate, Jamaat-i-Islami Senator Mushtaq Ahmad Khan said, “There are talks about allowing Musharraf to come back to Pakistan…Mian Nawaz Sharif has also issued a statement…The country and the Constitution suffered grave injustice but our hands are tied…we are practically slaves.”He recalled that Musharraf was the absolute ruler of Pakistan for 10 years. He “abrogated the Constitution, attacked the judiciary… a former chief justice was dragged by his hair,” the JI lawmaker said, says a news report.

The Peshawar High Court (PHC) ruling is there, he said referring to a ruling by the late PHC Chief Justice Waqar Seth. Justice Seth had sentenced Musharraf to death in a treason case. Most lawmakers were sympathetic to the plea. PPP leader Yousaf Raza Gilani said if Musharraf wanted to come back then Pakistan was his home and “they do not oppose” his return. However, he added that a similar treatment should be meted out to others as well. The PPP senator said, “We cannot decide [on his return] these decisions will be made elsewhere. When he flew out of the country, could you stop him…and now when he will be coming back, would you be able to stop it?” “I had forgiven Musharraf when he was still in Pakistan,” the PPP leader added.

JUI-F leader Abdul Ghafoor Haideri too endorsed his return. He added that Musharraf was fighting for his life and should be allowed to come back. “It would not be appropriate to create hurdles in his return.” PML-N Senator Irfan Siddiqui said a person on their deathbed should not be stopped from returning.

“If not Pakistan, where else will he go?” he said, adding that if the law and the Constitution were strong then let them chart their course after his return. Senator Raza Rabbani agreed that Musharraf had committed several atrocities. “But if his health is not good and he wants to return to the country, there is no problem.” He, however, pointed out that he could not talk on behalf of his party. “Things are very different when a person has been convicted by a court under Article 6 of the Constitution (high treason). It would be very inappropriate to give a state burial to such a person,” the PPP leader added. Meanwhile, PTI Senator Ejaz Chaudhry called for the law to run its course. “Pervez Musharraf or whoever went out of the country for treatment should come back and the law should then take due course.” The country, he added, would only grow if the rule of law was equal for all.