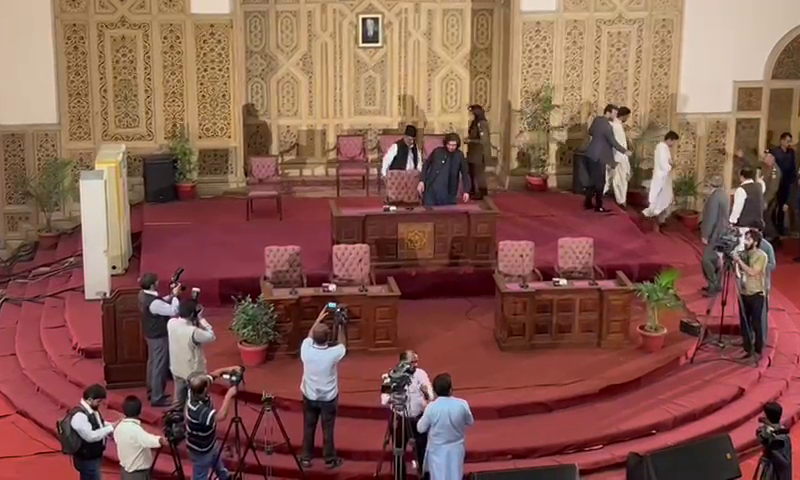 On Wednesday, Governor Balighur Rehman convened the 41st session of the Punjab Assembly (PA) in Aiwan-e-Iqbal. The session was presided over by PA Deputy Speaker Dost Muhammad Mazari, and Provincial Finance Minister Awais Leghari presented the provincial budget for the fiscal year 2022-23.

The finance minister announced that Rs31 billion would be allocated for the development of the Southern Punjab region. The minister stated in the budget that no new taxes were imposed in the budget.

Prior to the session, Punjab Chief Minister Hamza Shahbaz presided over a meeting of the ruling Pakistan Muslim League Nawaz (PML-N) parliamentary party, which included members of allied parties.

In his address to the meeting, Punjab Chief Minister Hamza Shahbaz stated that a relief budget would be provided for the people’s convenience.

Hamza Shahbaz reminded PA members of their national duty by ensuring their attendance at the budget meeting.

However, the development comes after the provincial government failed to present the budget for the new fiscal year despite the Punjab Assembly being convened for the purpose for two days, owing to a deadlock with the speaker.

The Punjab Assembly witnessed a daylong drama on Monday when Speaker Elahi refused to hold the session and allow the provincial budget to be presented, demanding that the inspector general of police (IGP) first apologise to him and withdraw all cases filed against PTI and PML-Q workers and parliamentarians in connection with the chaotic April 16 session.

After six hours of back-to-back meetings between the treasury and opposition, followed by brief house proceedings, the speaker took a strong stance against the absence of the chief secretary and the IGP, stating that the proceedings would resume only when both officers were present in the assembly gallery.

Elahi adjourned the session until 1pm on Tuesday, after keeping the proceedings paused until 11 p.m., without allowing the presentation of the province’s budget for the fiscal year 2022-23.

However, when the assembly’s 40th session resumed on Tuesday, proceedings could not resume.