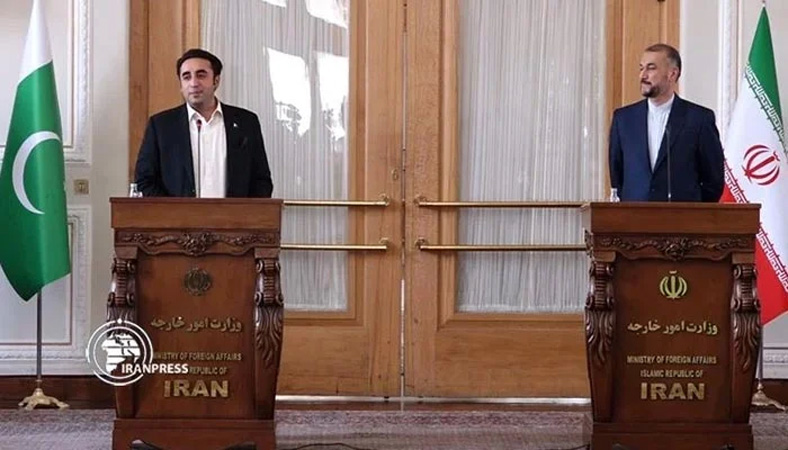 TEHRAN: Foreign Minister Bilawal Bhutto-Zardari took up the issue of the release of Pakistani prisoners detained in the prisons of Iran with Iranian President Ayatollah Ebrahim Raisi.

The foreign minister was welcomed by Iran’s leader in Tehran on his first official two-day visit to the neighbour country on Tuesday.

FM Bilawal reaffirmed Pakistan’s keen desire to strengthen bilateral relations, which were rooted deep in shared history and commonalities of faith, culture and heritage. He also conveyed greetings to President Raisi on behalf of Prime Minister Muhammad Shehbaz Sharif and reiterated the official invitation to him to visit Pakistan at his convenience.

He highlighted the importance of regular exchanges to advance economic and energy cooperation, regional connectivity, operationalisation of barter trade and border sustenance marketplaces, and facilitation of zaireen visiting Iran for pilgrimage.

President Raisi underscored that the two nations were bound by close historic linkages and strong fraternal ties. He noted that Iran attached great importance to its economic and trade relations with Pakistan, which had considerable potential for further growth.

Earlier, during the day, the foreign minister held a tête-à-tête with his Iranian counterpart followed by delegation-level talks.

Iran’s FM Dr Amir Abdollahian also hosted a working luncheon in honour of FM Bilawal and his delegation. A joint press stakeout was also held by the two leaders.

During the discussions, the two sides reviewed the entire gamut of bilateral relations, including expansion of economic relations and trade volume, additional electricity import from Iran for the Makran Division in Balochistan, and effective border coordination to address security issues, smuggling, drug trafficking and transnational crimes.

The foreign minister also underscored the need to hold the next session of the Joint Economic Commission (JEC) in August, 2022.

Both sides also exchanged views on the regional security situation, with particular focus on developments in Afghanistan and the Indian Occupied Jammu and Kashmir (IOJK).

FM Bilawal appreciated the Iranian leadership’s steadfast support for the just cause of Kashmiri Muslims.

The foreign minister’s visit to Iran is part of regular high-level exchanges between the two countries. The last meeting between the two FMs was held on the sidelines of the World Economic Forum (WEF) at Davos on May 26, 2022.