Junaid Khan embarks on a new journey, with the launch of Jeem Films

* After this, he soon explored another creative expression; acting 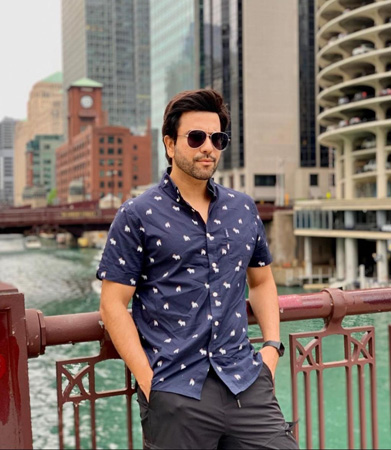 Junaid Khan started his journey as a singer – as an introvert looking for a voice. Through this self-discovery, he found expression and passion through big hits such as Sab Bhula Ke and more.

After this, he soon explored another creative expression; acting. And in no time, Junaid Khan not only became a renowned actor of the country, but also a household favorite.

From drama serials to the big screen, Junaid Khan’s versatility has been proven time and time again.

After a successful journey as a singer and actor, Junaid Khan has now taken the producer’s seat – and is all set to launch his production house, Jeem Films.

A space where he wants to give life to all those who are ambitious about art and creativity. A mindset where community building is the future of the fraternity.

He dropped the news on his Instagram with a deeply profound and eloquently put together verse. Describing Jeem as not just his initial, but a letter that holds deeper meaning altogether.

A story to tell through his journey, and his life lessons.

“JEEM FILMS is a community for art and creativity, expression and reformation, and a new home to versatile minds and passionate souls. With two of my songs already under its umbrella, I am excited to finally announce the launch of my media production house. A journey I embarked on almost a year ago, and after Taqdeer and Chaska, we are all set to release another power project real soon”, stated the star himself.

Jeem Films is a promising platform that is the need of the hour for talent across the country, and with Junaid Khan’s decades of experience – a new silver lining is in the making.

Singer, song writer, and actor- Junaid Khan has carved a niche for himself in the Pakistani entertainment scene- starting his career in music and making a name for himself as the lead vocalist for his band Call, Khan soon moved his focus to television and has given us back-to-back commercially successful hits such as Yaarian, Kamzarf, Sun Yaara, Ishq Tamasha, Kashf, Khuda Aur Mohabbat,HumTum to name a few. On Pakistani television, Junaid Khan is currently one of the most versatile actors. He recently made his big screen debut opposite Mansha Pasha with the movie “Kahay Dil Jidhar”.