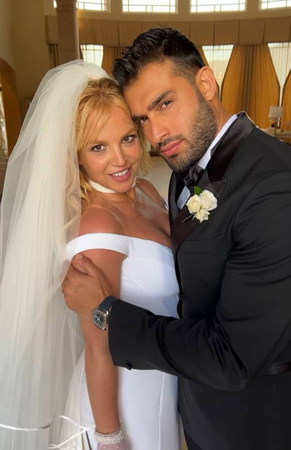 Britney Spears spent a whopping amount of her fortune on her new marital home with Sam Asghari.

According to TMZ, the 40-year-old pop singer and Asghari have purchased a luxurious mansion in Calabasas and the lovebirds started the move-in process on the same day. The newly-weds new abode, spreading an impressive 11,650 square feet, was reportedly purchased for $11.8 million, primarily from the Toxic singer’s fortune i.e. around $60 million.

Spears’s sons were not present at her wedding to Asghari. According to People, the singer’s ex-husband Kevin Federline’s attorney clarified that the boys didn’t want to steal the spotlight from their mother.

“They’re happy for their mom and they are hopeful that Sam and Britney are starting a great future together,” said Mark Vincent Kaplan. “It’s their night and they didn’t want to take away from them.”