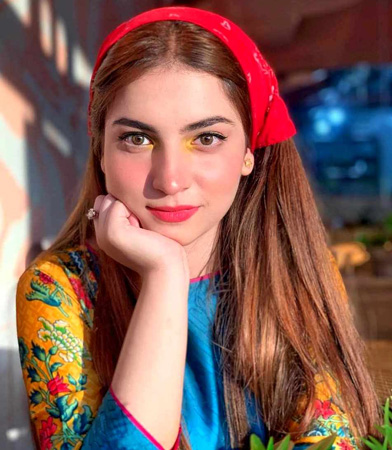 Rising actor and social media star, Dananeer Mobeen took to her Instagram stories and shared a funny take on one of the lines of Ali Zafar’s song. “Salary. Me to my payments after this mehengai (inflation),” was written on the video which sees her singing the song with a few currency notes in her hands.

“Jitni tu milti jaye utni lagey thori thori, oo dil jhoom jhoom, (The more I have, the less it feels),” she sang in the video for money.

The video went viral across social media platforms and users have been loving this interesting rendition by the Pawri girl.

It is pertinent to mention that the song was released by the celebrated singer back in 2011, however, it regained hype in recent times after a new version was dropped by him earlier this year.

Dananeer rose to fame last year, when a five-second video of her went viral overnight, with millions of views on social media platforms, some mind-blowing recreations, and cross-border bonding.

The influencer turned actor marked one complete year of the viral video earlier this year. She took to photo and video sharing site to share a montage of the viral trend that took the internet by storm in February last year and mentioned ‘#Pawrijarihai’ (Party is still on).