PTI has reservations against new US envoy to Pakistan 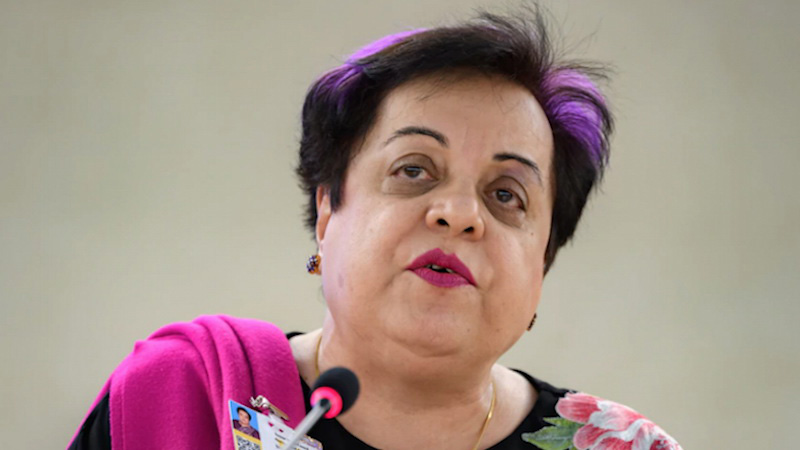 PTI leader Shireen Mazari said on Tuesday that her party has reservations against the new United States Ambassador to Pakistan Donald Blome.

In a press conference flanked by PTI leader Asad Umar, Mazari alleged that the American envoy was holding meetings with Pakistani officials even though he is yet to present his credentials.

“American envoy met the foreign minister in the Ministry of Foreign Affairs. The Foreign Office did not issue any statement or pictures of the meeting,” alleged the PTI leader.

She added that the Blome was the US envoy to Iraq when the government was changed there and that was the time when the Middle Eastern country was attacked. Mazari alleged that the incumbent envoy was running a “strategic cell in Afghanistan.”

Taking a jibe at Prime Minister Shehbaz Sharif, Mazari alleged that wherever the premier goes for “begging” he comes back empty-handed. She added that PM Shehbaz came back empty-handed from Saudi Arabia and Turkey. “No one in the world is ready to talk to this government. This government will do what America wants,” alleged Mazari.

On the other hand, Asad Umar repeated his party’s call for holding elections in the country, adding that the nation’s future should be decided by vote.

Last month, the new United States ambassador to Pakistan Donald Blome, a career member of the senior foreign service with the rank of Minister-Counselor, arrived in Islamabad, US
Embassy and Consulates in Pakistan confirmed. “Ambassador Donald Blome began his assignment at the United States Embassy in Islamabad today,” said a statement issued by the embassy on May 23.