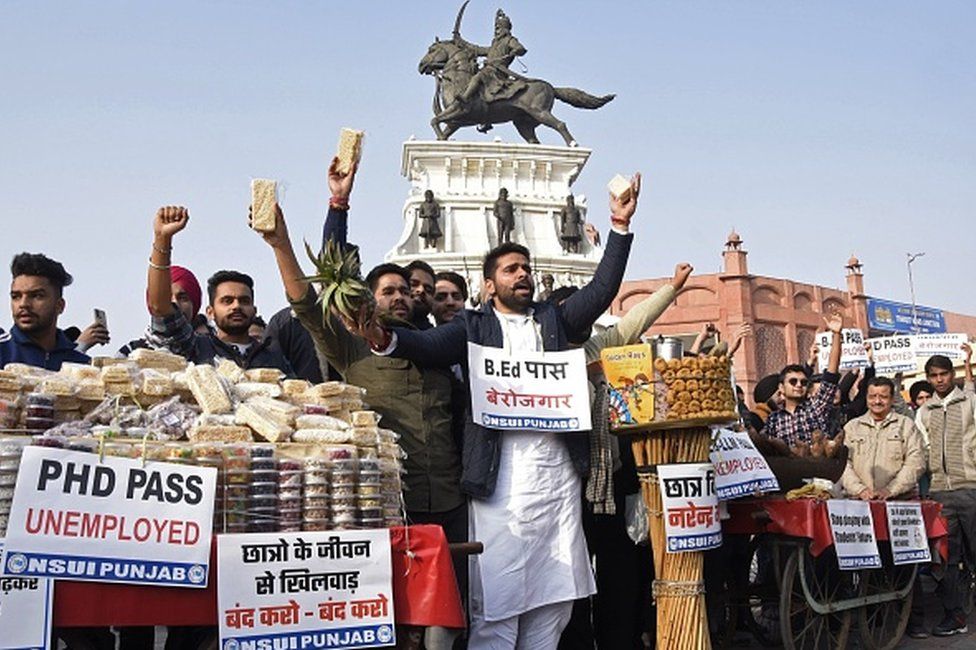 NEW YORK: Despite India’s claims of a booming economy, the “rosy headline figures do not reflect reality for hundreds of millions of Indians” who remain out of the labour force, according to a US media report.

“On paper, India’s economy has had a banner year,” The New York Times said in a dispatch from New Delhi, which points out that the growth is still not translating into enough jobs for the waves of educated young people who enter the labour force each year.

“A far larger number of Indians eke out a living in the informal sector, and they have been battered in recent months by high inflation, especially in food prices.

The disconnect, the report said, is a result of India’s uneven growth, which is powered by the voracious consumption of the country’s upper strata but whose benefits often do not extend beyond the urban middle class.

“The pandemic has magnified the divide, throwing tens of millions of Indians into extreme poverty while the number of Indian billionaires has surged,” it said, citing Oxfam.

“The concentration of wealth is in part a product of the growth-at-all-costs ambitions of Prime Minister Narendra Modi, who promised when he was re-elected in 2019 to double the size of India’s economy by 2024, lifting the country into the $5 trillion-or-more club alongside the United States, China and Japan,” Times’ correspondents in India — Emily Schmall and Sameer Yasir — wrote.

The government reported late last month that the economy had expanded 8.7 percent in the last year, to $3.3 trillion. But with domestic investment lackluster, and government hiring slowing, India has turned to subsidized fuel, food and housing for the poorest to address the widespread joblessness.

Free grains now reach two-thirds of the country’s more than 1.3 billion people, according to the report. Those handouts, by some calculations, have pushed inequality in India to its lowest level in decades, it was pointed out. Still, critics of the Indian government say that subsidies cannot be used forever to paper over inadequate job creation.

This is especially true as tens of millions of Indians — new college graduates, farmers looking to leave the fields and women taking on work — are expected to seek to flood the nonfarm workforce in the coming years.

“There is a historical disconnect in the Indian growth story, where growth essentially happens without a corresponding increase in employment,” Mahesh Vyas, the chief executive of the Center for Monitoring Indian Economy, a data research firm, was quoted as saying