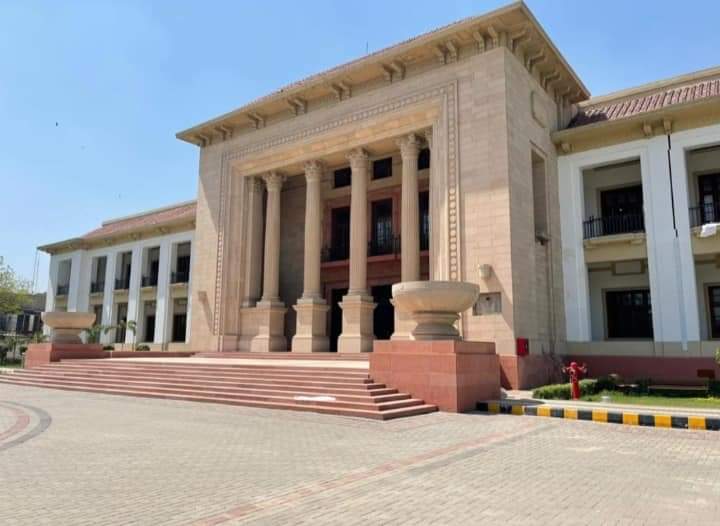 The Punjab Assembly (PA) session, which had been scheduled for yesterday to present the budget for the next fiscal year 2022-23, had to be postponed until 1:00 p.m. today (Tuesday) after PA Speaker Chaudhry Pervaiz Elahi made it clear that the budget would not be presented until the Punjab IGP and chief secretary (CS) appeared in the assembly to apologize to the PTI MPAs for raiding their homes.

The speaker adjourned the session when the Punjab government, led by the PML-N, refused to summon the officials.

Even today, a ruckus is expected at the provincial assembly session.

The speaker objected to PML-Ataullah N’s Tarar’s presence in the assembly and ordered him to leave, forcing the budget session to be halted, which was already six hours behind schedule.

So much so that he ordered Tarar to be whisked away from the assembly by the sergeant-at-arms. Tarar, on the other hand, was obstinate and refused to leave, prompting the PA speaker to temporarily suspend the session, wasting another hour and ten minutes in the process.

Tarar preferred to leave because the assembly’s proceedings could not continue as long as he was present.

The speaker, however, refused to resume the session, claiming that the IGP and the chief secretary would apologize before the session began, as agreed in the negotiations between the government and the opposition.

Later, in a press conference, Punjab Chief Minister Hamza Shehbaz blamed the deadlock on former Prime Minister and PTI Chairman Imran Khan, as well as Punjab Assembly Speaker Chaudhry Pervaiz Elahi, accusing the latter of violating the constitution. “We will pursue all legal avenues to protect our rights,” he stated.

Speaking on the occasion, Ataullah Tarar called both the PTI MPAs and Chaudhry Pervaiz Elahi ‘conspirators’.

He said categorically that the opposition’s dream to humiliate the IGP as well as the chief secretary by making them apologize to them would never come true.

Opposition Leader in the Punjab Assembly, PTI’s Sibtain Khan did not remain silent either and asked how on earth Tarar could sit in the assembly when he was not an MPA. “The provincial government is to blame for the adjournment of today’s session because it did not summon the officials to the House,” he added.

Mian Aslam Iqbal of the Pakistan Tehreek-e-Insaf (PTI) promised that the opposition would not allow the House to continue until the IGP and the chief secretary came to apologize in front of the assembly.