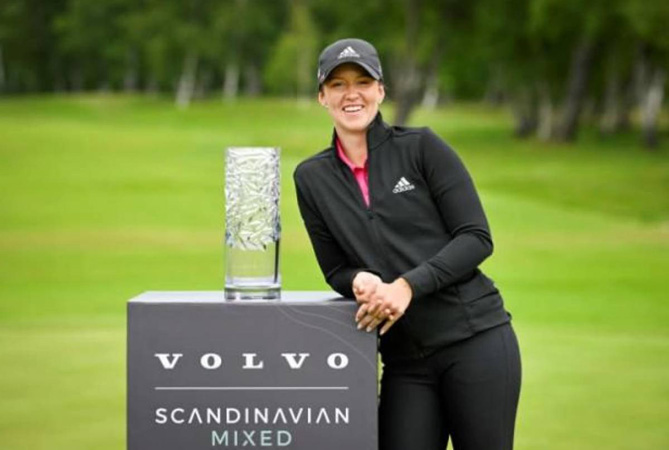 SWEDEN: Sweden’s Linn Grant made history on Sunday when she became the first female winner of a European men’s tour event with a nine-shot triumph at the Scandinavian Mixed. The tournament, featuring men from the DP World Tour circuit and women from the Ladies European Tour (LET) all playing the same course, saw the 22-year-old Swede claim her third title in just six starts this season. “I just hope that people recognise women’s golf, more sponsors go to the LET and hopefully this pumps up the women’s game a little bit more,” she said. Grant did not put a foot wrong at Halmstad Golf Club, stretching her overnight lead from two shots to seven with five birdies in the first six holes. She kept her card clean with three successive pars despite pouring rain before making another birdie on the tenth. Grant picked up further shots at the 11th and 14th to get to 24 under par and win by the biggest margin on the DP World Tour – the rebranded European Tour – so far this season.