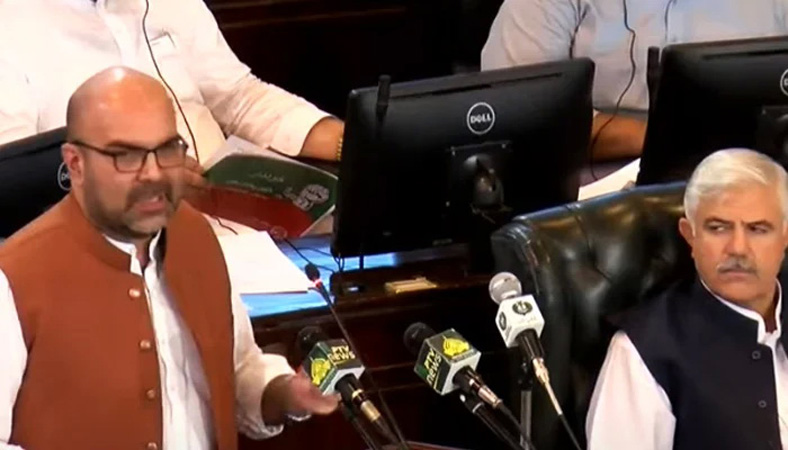 Presenting the fourth annual budget in the Khyber Pakhtunkhwa Assembly, Finance Minister Taimur Salim Jhagra said out of Rs223.1 billion budget for merged tribal districts, Rs124.3 billion was funded while the remaining amount would be given by the federation and others provinces under committed funding. However, this amount was yet to be received.

Taimur Jhagra said Rs418.2 billion was allocated for development budget including Rs319.2 billion for uplift of settled districts and Rs99 billion for merged tribal districts, adding that Rs383.5 billion was committed funding while remaining would be provided by the federation and provinces that was yet to be received.

Regarding revenue and receipt collections, the minister said total receipts were estimated at Rs1,332 billion including Rs750.9 billion to be collected from federal taxes and Rs68.6percent as one percent share of divisible pool on war on terror.

He said Rs31 billion would be collected through oil and gas’ royalty as well as surcharges and Rs61.9 billion through net hydel power formula in accordance with the MoU 2015-16 and arrears.