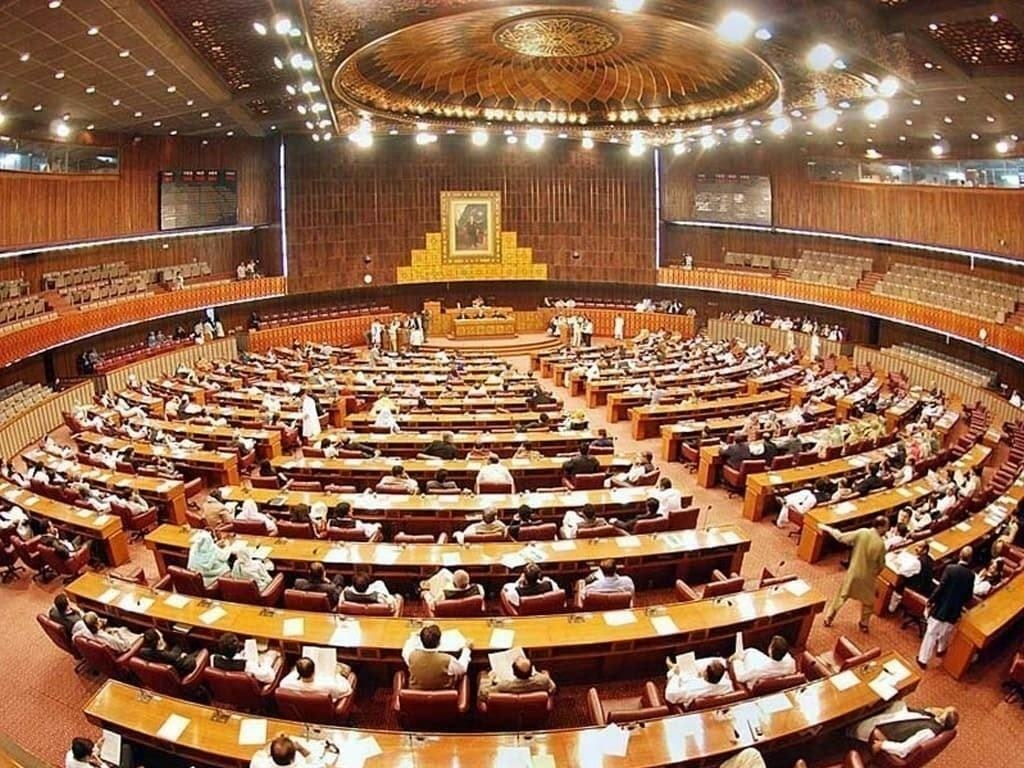 ISLAMABAD: The lawmakers in the National Assembly here on Monday strongly condemned the derogatory remarks uttered by India’s Bharatiya Janata Party (BJP) leaders against Holy Prophet Hazrat Muhammad Peace Be Upon Him (PBUH).

Participating in the discussion on the sanctity of Allah Almighty’s last Prophet Hazrat Muhammad Rasool Allah Khatmun-Nabbiyyin (SAWW), MNA Syed Imran Ahmad Shah termed the derogatory remarks as an unfortunate incident and asked the Muslim community across the country to show unity on this issue.

He said that Indian leaders had hurt the sentiments of about 1. 5 billion Muslims living across the globe.

He asked the government to approach the Organisation of Islamic Cooperation (OIC) and United Nations Organisation (UNO) for highlighting this important issue.

He urged that the people involved in this crime should be punished.

Minister for Religious Affairs Mufti Abdul Shakoor while participating in the debate asked Muslims living across the world to exhibit greater unity and shun their differences and give a strong reaction to India on this issue.

While criticising the World Human Rights Organisation, he said that it was unfortunate that they all remained silent on this important issue.

He said Pakistan would invite members from all Muslims countries in the Rehmat Ul Alameen (SAW) Conference in Rabi-ul-Awwal during which a strategy would be devised to prevent derogatory remarks against Hazrat Muhammad (PBUH) in the world.

He asked the Prime Minister to raise this issue in the Generation Assembly of the United Nations Security Council.

MNA Shagufta Jamani strongly condemned the derogatory remarks and asked the government to take up the issue at all the international forums.