Kendall calls out Scott Disick for villainising her family 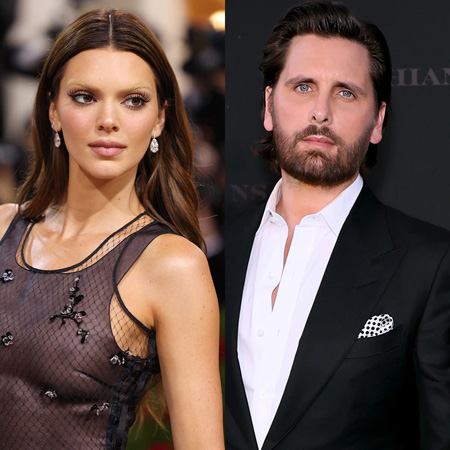 When it comes to the blame game, Kendall Jenner is not down to play.?In case you missed it: During the May 12 episode of The Kardashians, the supermodel and Scott Disick got into a blowout fight over him not being invited to her intimate birthday dinner (which comes on the heels of him feeling “left out” of the family after his ex Kourtney Kardashian and Travis Barker got engaged). Now, the May 19 episode is picking up right where they left off, with Kendall storming off afterwards and heading to sister Kourtney’s house to vent.?”Scott’s like, ‘What’s going on for Thanksgiving? Obviously, I’m not invited,’ and immediately it’s hostile,” Kendall recalled to Kourtney and sister Khloe Kardashian. “He’s talking through me the whole time, and I’m like, ‘I don’t do that.’ I’ve been in enough toxic relationships; I can’t stand it anymore. I shut off.”

She continued, “So I stand up and I’m like, ‘I’m out of here.’ At the end of the day, it’s really not my place,” referring to Scott and Kourtney, she added, “it’s about them two.”

In a confessional, the 26-year-old got a few more things about the fight off her chest. “[Scott] was victimizing himself, he was villainizing everybody else including me, which I have no ill intention towards him,” she said. “And I love him and would always want him around, so it just caught me off guard.”

As for Kourtney’s response to their war of words? “I just don’t have the energy for this,” Kourtney said in a confessional. “My head is on a different planet, and I feel like I’m living a different life. I am unsubscribing from this drama.”? But Khloe made it clear that she can’t simply step back since it places everyone else in a tough spot.

“I told you this weeks ago,” Khloe told Kourtney. “We think you need to talk to Scott and set some real boundaries because everyone else is in the middle. I do think you should say, ‘Hey, moving forward, stop talking to my family about things. You ask me if I’m comfortable, stop putting everyone else in the middle.’ Done. You’re supposed to be the boss here.”

“He’s not going to [Kourtney], ’cause he knows he can’t get s–t out of her,” Khloe told Kendall. “So he’s gonna go to [Kendall], the least combative, but that’s so f–ked up he’s gonna prey on you. That’s actually really f–king rude.”

However, by the end of the episode, Scott and Kendall were able to really talk it out and make up.

“You immediately attacked me and that, to me, took me back and I was like, ‘Oh, I don’t like this,'” Kendall explained to Scott. “Immediately, I shut off, immediately I’m trying to defend myself, defend the situation and then it got riled. We love you and I obviously don’t want any drama or weird things happening.”

And Scott seemed to be in full agreement, as the Talentless founder explained in a confessional, “For me, with Kendall, it felt horrible that we came to a place where we couldn’t even speak normally to each other to figure out what was even happening and it brought anger on.”

But as Kendall recognizes, on the heels of Kourtney’s engagement, adjusting to a new normal will just take a little more work.

“The beginning of any sort of change in a family is just a difficult, awkward time and I think this is that time for us right now,” she said in her confessional. “There’s just a lot of shifting going on. I have faith it’ll figure itself out, I just think it’s gonna take some time.” Catch new episodes of The Kardashians on Hulu every Thursday.