Taxes imposed on non-productive assets of the rich: Shehbaz 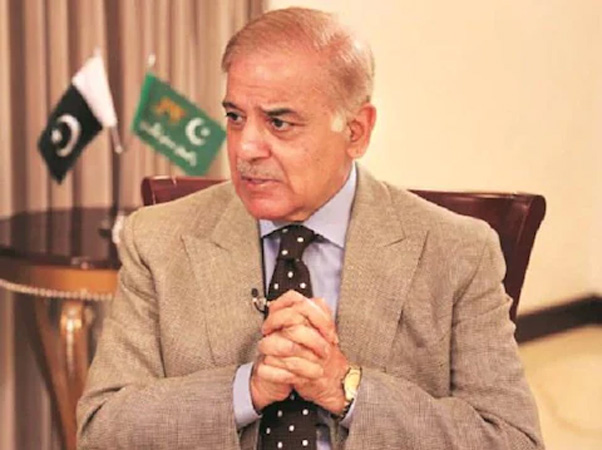 Prime Minister Shehbaz Sharif Sunday hailed the Federal Budget 2022-23, calling it a ‘significant improvement in several ways’ over the budgets presented by his predecessors.

In a tweet, the premier said the budget provided more ‘educational opportunities for our youth, particularly from Balochistan, and targeted subsidies for financially weaker people’.

“More importantly, it has taxed non-productive assets of the rich,” the prime minister concluded.

The new budget for the fiscal year 2022-23 provides solace to the salaried class whose tax burden has been significantly lessened in addition to 15% increase in salaries of the inflation-stricken government employees.

The government has proposed Rs740 billion in new taxes, including Rs440 billion tax measures proposed by the Federal Board of Revenue. Some of the major relief measures will be offset by the increase in petroleum price rates due to a Rs50 per litre levy along with 17% sales tax.

Furthermore, the new budget targets the real-estate sector, the wealthiest people in the country, and commercial banks to raise the tax bracket. The retailers have been taxed at a fixed rate through power bills while the wealthiest Pakistanis holding offshore assets will pay annually 1% of the value of their foreign assets in taxes. The tax burden on registration of luxury cars of above 1,600cc has been doubled while the rates on sales, purchases and gains made on the properties have been significantly increased.

Meanwhile, Prime Minister Shehbaz Sharif directed the ministries and departments concerned to alert the provinces and district administrations in view of prediction of an above normal monsoon rainfall during the last week of this month.

The prime minister directed constitution of a comprehensive strategy in collaboration with the provinces considering the forecast for heavy monsoon downpours, PM Office Media Wing said in a press release. The prime minister directed that all precautionary measures be taken in accordance with the forecast of the meteorological department, besides ensuring arrangements in the low laying areas and in those regions which could be affected during the rainy period.

He also asked for timely supply of necessary equipment and other necessary steps for the protection of crops and animals in the agrarian areas. The prime minister further observed that residents in the affected areas should be forewarned and shifted to safer areas. Other steps like proper drainage, dredging of nullahs and water channels and fumigation should also be taken, he added. The Pakistan Meteorological Department (PMD), in a statement, has predicted that country was expected to receive “above average rainfall” during the upcoming monsoon season. It further said that pre-monsoon rains are likely to start in the second week of June.

Separately, the prime minister said the new Afghan transit visa policy by his government was a part of efforts to facilitate Afghans in their hour of need. On his Twitter handle, the prime minister said the grant of transit visas would help Afghans with complete paperwork for onward travel. “New Afghan visa policy by our govt is part of our efforts to continue helping our Afghan brothers & sisters in their hour of need. Grant of transit visa will help them complete paperwork for onward travel. International community should also lend a helping hand to people of Afghanistan,” the prime minister posted a tweet.